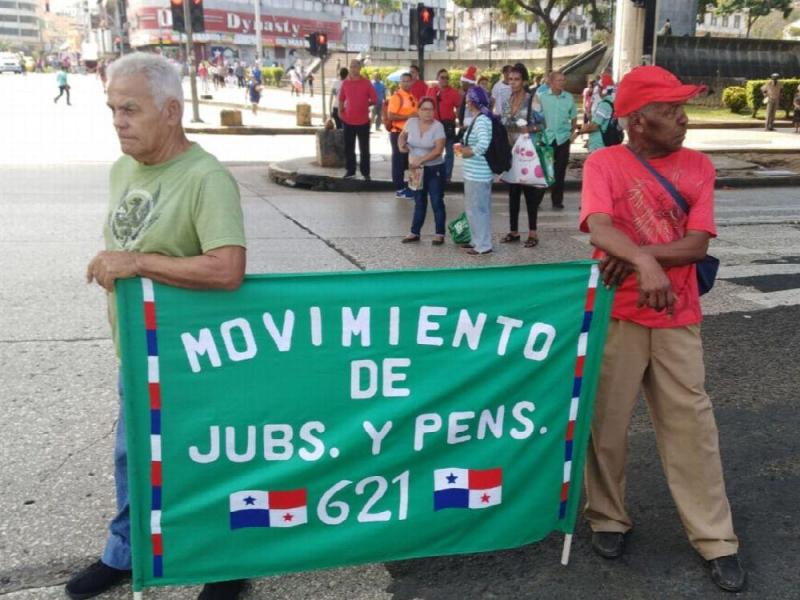 The country is practically immersed in the electoral process towards the general elections of 2019 and various sectors of society begin to toughen their protests and claims towards the government of President Juan Carlos Varela.

On the one hand, Customs officials paralyzed the customs activity earlier this month, claiming a Christmas bonus, retirees and pensioners make street closures almost daily, demanding an increase in their pensions, and the strong confrontation between producers agribusiness and crowd control units of the National Police, in rejection of decontrolled imports; These are some of the recent movements against some decisions of the Government of President Varela.

Meanwhile, public sector veterinarians do not rule out future pressure actions, in demand for wage increases, while the various indigenous groups in the country threaten to stop the electric interconnection project between Panama and Colombia, if the government does not reconsider its decision. to veto the bill that creates the Comarca Naso Tjër Di.

To this is added the arrival in the country next January of Pope Francis to participate in the World Youth Day (WYD), month in which retirees and pensioners have announced that they will carry out protest actions and closures of streets if the government does not he approves an adjustment to their pensions.

Is President Juan Carlos Varela at the most vulnerable moment of his government? That is the question that arises just six months and days after his administration ends on June 30, 2019.

However, the results of an opinion study carried out by Stratmark Consultores SA, between December 7 and 15, indicate that at least 83.1% of the people questioned disapprove of the way in which the president leads the Government, while a 80% of the population rates the government’s administration between bad and very bad.

For the president of the National Council of Private Enterprise, (CoNEP), Severo Sousa all presidents of the Republic go through difficult times when they are at the beginning, for a learning curve issue, and at the end of the period, for a topic of pressure to meet your proposed goals.

Sousa believes that President Varela does not escape this reality, and as in previous cases, the different actors seek the opportunity to exert more pressure and get their priorities implemented.

“In my opinion, the best thing would be to continue dialoguing where it is needed and looking for possible solutions in the short term, together with the different sectors,” he said.

Meanwhile, Enrique de Obarrio, member of the National Concertation for Development Council, considers that President Varela should continue to govern until the last day of his term with the same dynamism as day one.

He added that the fact that he is in the last months of his term and that all these claims are being made should not be something that leads the president to lower the revolutions and step aside.

“When one is given a mandate to be president of the Republic, the period includes the full five years, until the last day,” he said.

For the political scientist Richard Morales, President Varela is already a president “lame duck” (duck rengo in Spanish), which is approaching the end of his term, has been losing its power, which is reflected in a growing inability to impose its will and achieve negotiations favorable to their interests.