Pay to Play in Panama is a equal Party offender 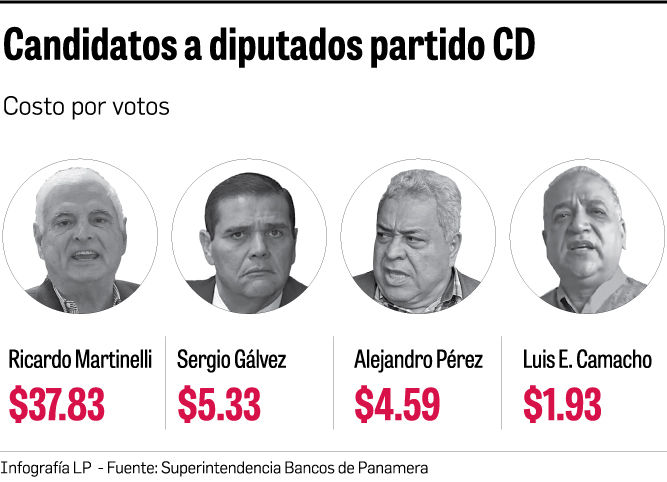 Last week PNO.com commented and illustrated the large disparity between what was spent on among the candidates of the PRD for the primaries.

This new La Prensa article will show how it affects the positioning of the CD as well.

The 2 thousand 548 votes that Ricardo Martinelli took in his career to obtain a candidacy for deputy in the circuit 8-8 did not come cheap. Each one cost him $ 37.83. This, after the former president reported to the Electoral Tribunal that spent $ 96 thousand in the primary that celebrated Cambio Democrático on September 30. Martinelli was about to disburse the maximum amount of money ($ 100 thousand) that a candidate can spend in primary.

Martinelli and former president Ernesto Pérez Balladares are the ones who have spent the most for now. El Toro invested $ 21.88 for each vote in the presidential primary of the PRD, where it was in third place. In contrast, Luis Eduardo Camacho, spokesman for Martinelli, paid only $ 1.93 per vote.

Ricardo Martinelli spent $ 96,000 on the campaign, which made him a deputy candidate for Cambio Democrático (CD), the party he founded in 1998.

The former president was about to reach the top figure that a pre-candidate for a deputy can spend in a primary: $ 100 thousand, according to the electoral law.

It obtained 2 thousand 548 suffrages that, as it was said, turned it into candidate to deputy by the circuit 8-8 in the primary of CD of the past 30 of September. Each vote cost him $ 37.83.

Apart from himself, the donors of the campaign of the ex-ruler were his daughter, Carolina Martinelli Linares; his wife, Marta Linares de Martinelli; and Rudas, Meléndez & Asociados. They all raised $ 96,789 and used $ 96,410. Payments to call centers, purchase of promotional items and support for individuals are on the list of expenses delivered to the Electoral Tribunal (ET).

Martinelli is currently detained in El Renacer. The Supreme Court of Justice investigates him for the punctures.