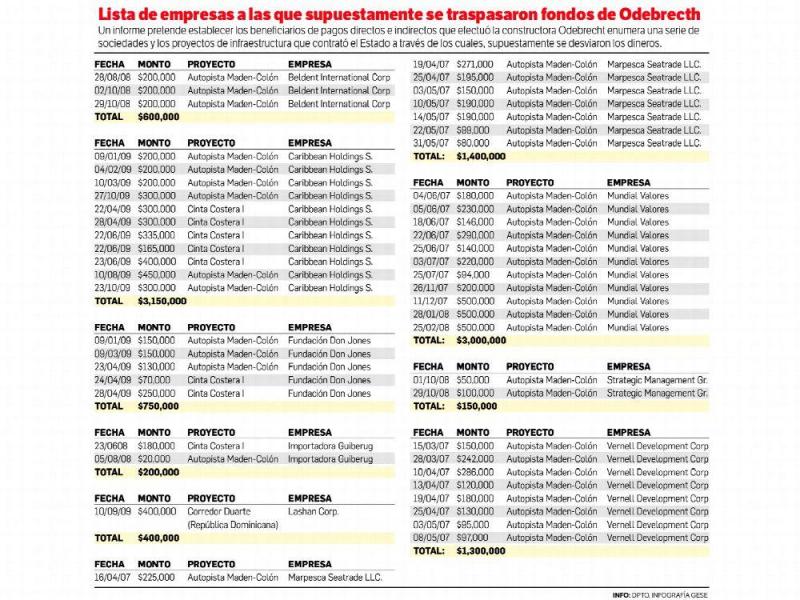 A report by the Security Council that aims to establish the beneficiaries of direct and indirect payments made by the Odebrecht construction company through the Department of Structured Operations, lists a series of public limited companies and the infrastructure projects that the Panamanian State contracted through which supposedly the money was diverted.

The investigation covers the arrival of the Brazilian construction company in Panama in 2006 and extends to the first year of Ricardo Martinelli’s government. These dates are not contemplated in the investigations that are followed in the Department of Justice of the United States that cover from 2010 to 2014 and in which $ 59 million of the construction company were counted in bribes, which would raise the amount of bribes received by governments. Panamanians to $ 70 million.

This is like the Watergate of Panama, literally going on forever. Whats the story on your end “JB”?