The brothers Ricardo Alberto and Luis Enrique Martinelli Linares, sons of former Panamanian president Ricardo Martinelli (2009-2014), completed five months of arrest in Guatemala this Sunday, waiting to be extradited to the United States, where they are wanted for money laundering. .

The children of the former Panamanian president were detained on July 6 by the Guatemalan authorities and everything indicates that they will spend the end of the year festivities in the prison of the Mariscal Zavala military barracks, in Guatemala City, according to the lawyer for the brothers, Denis Cuesy.

“This is going slow. Prompt and fulfilled justice is a utopia. It will go on for a long time. This will wake up when we begin to discuss immunity. So far there are three amparos (legal remedies) that I have filed,” Cuesy explained.

The brothers are accused by the US of intermediating between 2009 and 2014 in the payment of 28 million dollars by the Brazilian construction company Odebrecht to a high-ranking former Panamanian official, according to the US Department of Justice.

The North American country made the extradition request official on September 4, but the sons of former President Martinelli have filed three legal appeals with the Guatemalan Judicial Organism to try to prevent their transfer to the United States.

Cuesy argued that both Ricardo Alberto and Luis Enrique have immunity as deputies to the Central American Parliament (Parlacen) and reiterated that their detention was illegal, so “we are going to fight for justice to be done,” even reaching bodies such as the Inter-American Court of Human Rights. .

The two brothers were elected as alternate deputies in May 2019 by Panama, although they were never sworn in by the regional body.

Ricardo Alberto, 40, and Luis Enrique, 38, were preparing to leave Guatemala on a private flight on July 6 when they were captured by local security forces at the request of the United States, after about a year. unaccounted for.

Since then, they have been preventively imprisoned in the Mariscal Zavala military barracks north of the country’s capital, along with 250 other high-profile prisoners such as former president Otto Pérez Molina (2012-2015), in prison for corruption, or former international soccer player Marco Pablo Pappa, accused of domestic violence.

According to the accusation in the New York court that requested his extradition, between 2009 and 2014, during the Presidency of their father, the Martinelli Linares brothers participated in the Odebrecht plot with actions that included “the opening and administration of bank accounts secrets on behalf of shell companies in foreign jurisdictions. “ 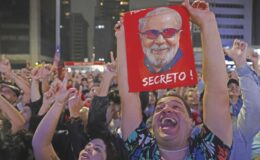 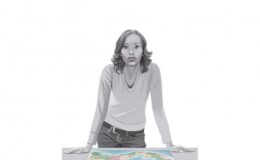