Maduro looks to mirror DPRK, have direct talks with US. 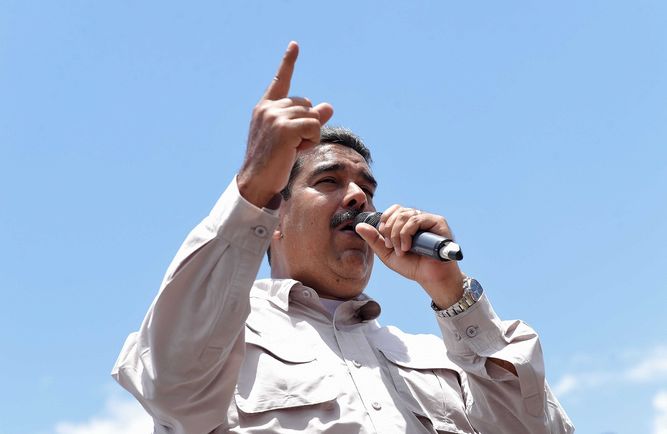 The president of Venezuela , Nicolás Maduro , called on Wednesday, May 15, to the United States to dialogue as he does with the North Korean leader, Kim Jong-Un , warning that he will not surrender to the threats of Donald Trump .

Grupo de Lima makes ‘last call’ to Venezuela to suspend elections
Rajoy and Santos call for a ‘fully democratic’ solution for Venezuela
“I think the dialogue processes between the Democratic Republic of Korea and the US government are very positive and could be taken as an example” of a rapprochement between Washington and Caracas, Maduro told a news conference in Bolívar state (south).

The president marked “distances”, however, between the tensions of the White House with Venezuela and North Korea, saying that “we do not have nuclear rockets.” But the dialogues with Pyongyang “could be taken as an example that the world needs tolerance, dialogue, respect among the different,” Maduro said before a campaign for his re-election in Sunday’s elections.

Washington does not know the votes, claiming that they are a “fraud” to perpetuate Maduro in power, whom he calls “dictator” and sanction