Guaido (not Varela chum Maduro) to represent Venezuela at inauguration. 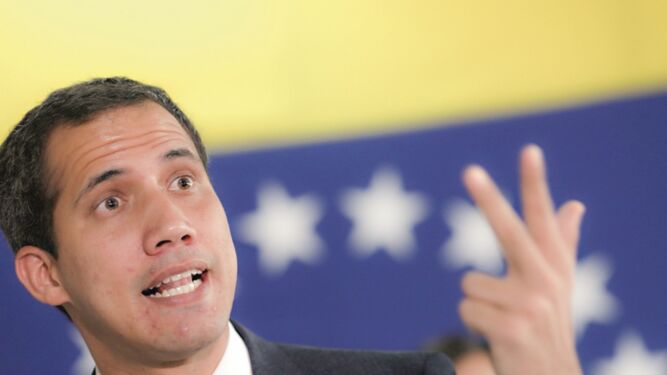 During the inauguration of the elected president of Panama, Laurentino Cortizo Cohen , the president in charge of Venezuela, Juan Guaidó , will be represented by Ambassador Fabiola Zavarce .

The agenda for the change of presidential mandate is specified
This was announced on Wednesday, June 19, by Miguel Lecaro, in charge of the protocol for the inauguration of Cortizo on Monday, July 1.

Lecaro offered the national press details about the inauguration, which last week Cortizo categorized as sober and even said that he would not use a red carpet, which was bought for the visit of Pope Francis.

Another special guest is King Felipe VI of Spain , who today celebrates five years of reign.

Felipe VI since he was crown prince attends the inaugurations of the presidents of Latin America on behalf of Spain.

Lecaro explained that for the inauguration of Cortizo, which will be in the Atlapal convention center, the presence of eight heads of State and Government of the region is expected.

The day of the inauguration the acts in the National Assembly will begin at 7:00 a.m.

Then there is a session with a provisional directive, which will proceed to the election of the board of directors of the National Assembly. From there they will transfer the session to the Atlapa convention center.

Lecaro said that they have a good list of confirmations, as has been the case of Costa Rica, Guatemala, Honduras, Colombia, Peru, Bolivia, in addition to the presence of King Felipe VI.

The arrival of 45 delegations of different levels is also expected.