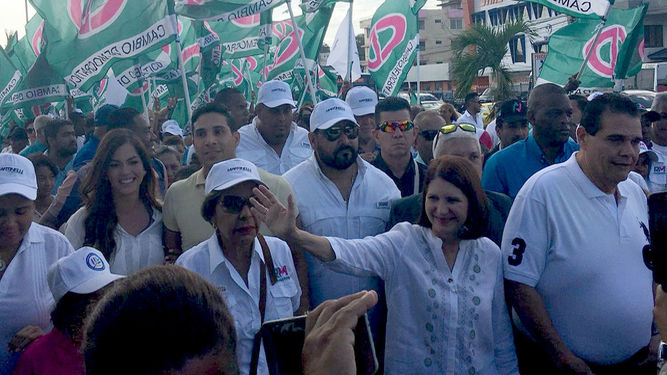 Ricardo Martinelli , currently detained in El Renacer for the process he faces in the well-known case of punctures, was registered this afternoon as a candidate for mayor of the capital for Cambio Democrático (CD) in the midst of a murga, songs and dance dozens of followers who arrived at the party headquarters in Plaza Carolina.

These are the candidates for deputies who chose Cambio Democrático
He was commissioned to nominate his wife, Marta Linares de M Artinelli, and deputy Sergio Gálvez , who will be his running mate for the candidacy for mayor of Panama .

Linares de Martinelli and Gálvez arrived at the CD offices accompanied by a delegation composed of Mario Martinelli, Mayín Correa, the deputy Diego Lombana, the ex-deputy Marcos González and the model Génesis Arjona. “We crazy people are more, we crazy people are more”, was the chorus of music that was heard while greeting CD militants.

Inside the headquarters, this group met with the president of CD, Rómulo Roux , and the general secretary and deputy Yanibel Ábrego.

“With the nomination of Martinelli we showed that Cambio Democrático is united, we are calm and confident that we will win the elections on May 5,” Roux said.