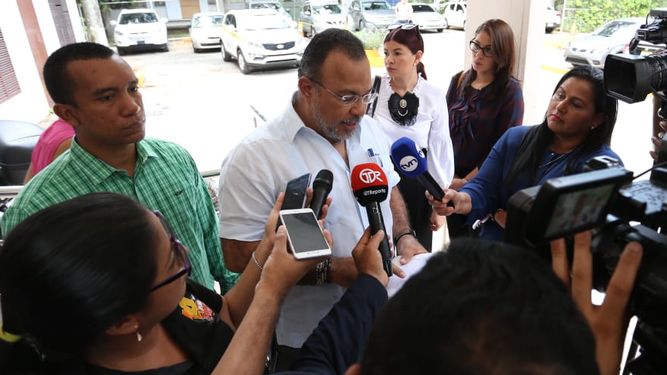 Five journalists from the newspaper La Prensa attended an audience in the Family Court this morning, after the former first lady Marta Linares de Martinelli filed a claim ” for family protection and the family image “, in which she asks the newspaper to cease and refrain from disclosing and publishing facts or situations of a private nature, “as part of a media campaign” against his family.

The appeal has to do with La Prensa newspaper reports mentioning the link of their children with the Odebrecht case, which investigates the Special Anticorruption Prosecutor’s Office. In the lawsuit, presented by the lawyer Jamis Acosta, the attorney for the former lady, said publications “have undermined human dignity, honor and decorum” of the families Martinelli Berrocal, Martinelli Linares and Linares Brin de Martinelli, and are infringing articles 577 and 578 of the Family and Minors Code .

The lawsuit seeks to “order the media, print, television, radio and social networks, and especially the newspaper La Prensa, to cease and refrain from disclosing or publishing facts and situations of a private and family nature, and the first and last name or surnames in general of the family group, as part of a media campaign against the members of this Panamanian family “.