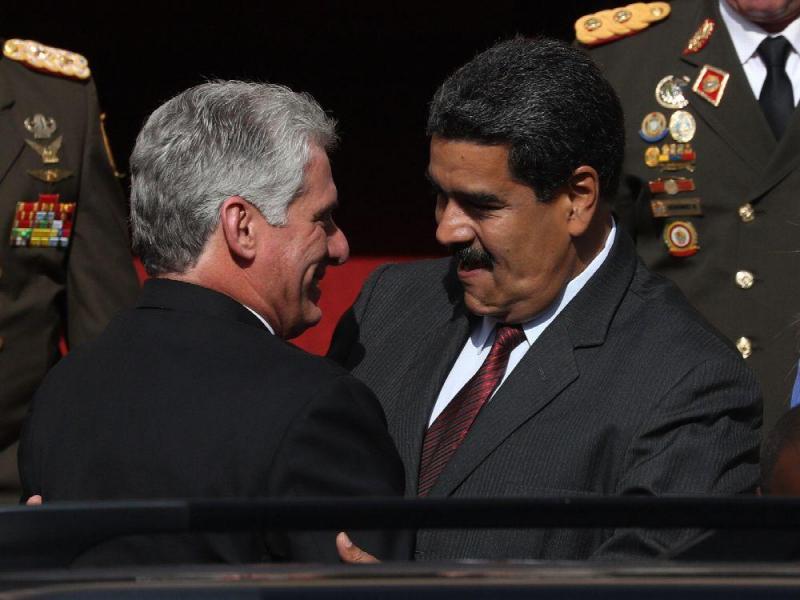 The president of Cuba, Miguel Diaz-Canel, showed his support for the recently re-elected Venezuelan leader, Nicolás Maduro, during his visit to Caracas and his first trip out of the island since he came to power.

During a special session of the National Constituent Assembly, the Cuban leader repudiated the attempts of the United States to ‘intervene’ in Latin America and expressed that Cuba’s support for Venezuela ‘is always and invariably’, reports the Efe news agency.

Díaz-Canel called for “firmly repudiate the attempts of the US government to resuscitate the old Monroe doctrine that aims to return to the region at the time of the intervention.”

“Venezuela needs the support of the peoples of our America in its resistance against the criminal political, diplomatic and financial war that it is being victimized,” he added.

On the other hand, former presidential candidate Henri Falcón introduced before the Supreme Court of Justice (TSJ) an appeal to challenge the elections on May 20, in which Maduro was re-elected as Venezuela’s head of state with more than six million votes and an abstention of 53.98%.

Over the next few years all will see how this affects the increase in Venezuelans making there way to Panama.
Nicaragua as well.
I am not sure people are seeing the forest through the trees.
Its already tough to find a Panamanian in Panama City…..most all seem Colombian.
IMHO