Court gets tough on Ferrufino

The Fifteenth Court of Panama tightened the precautionary measures against the former Minister of Social Development, Guillermo Ferrufino. The new precautionary measures contemplate that he will not be able to leave the province where he resides, to drink alcoholic beverages in public festivities, commerce or activities outside his home.

Furthermore, it is forbidden to sail in Panamanian territorial waters and use Panamanian airspace.

Thus, Fifth Criminal judge, Leslie Loaiza, resolved the request of the Anticorruption Discharge prosecutor, Javier Miter, to change the precautionary measures, after the former minister was caught in the province of Chiriquí, driving a vehicle in a state of intoxication and with the expired driver’s license.

Ferrufino maintained a measure of impediment to leave the country without judicial authorization and appear before the court on the 15th and 30th of each month.

“The meaning or intention of the prosecutor is congruent and consistent based on the own irresponsible, negligent and dangerous act of Mr. Guillermo Ferrufino,” says a statement from the Judicial Branch that cites Judge Loaiza’s decision. Added to the foregoing, the resolution states that “the judge is also called to be vigilant of the effectiveness of the precautionary measures and their full compliance and to avoid inattention to the process and be attentive to the behavior or act of which is subject to the rigors of a investigation and whose freedom is subject to restrictions “.

“In order to avoid any future situation of danger of inattention to the trial, it is that his stay or mobility in the province of Panama is limited only,” Judge Loaiza said in the statement. It warns that failure to comply with some of these precautionary measures will be replaced by a more serious or severe measure, such as preventive detention, the press release adds. 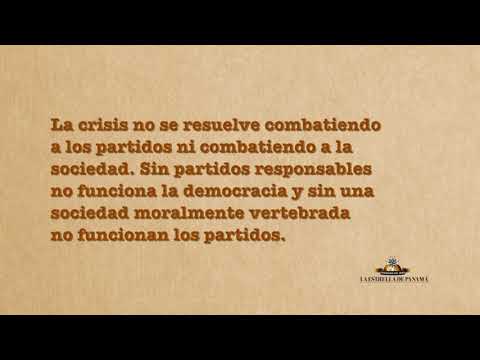