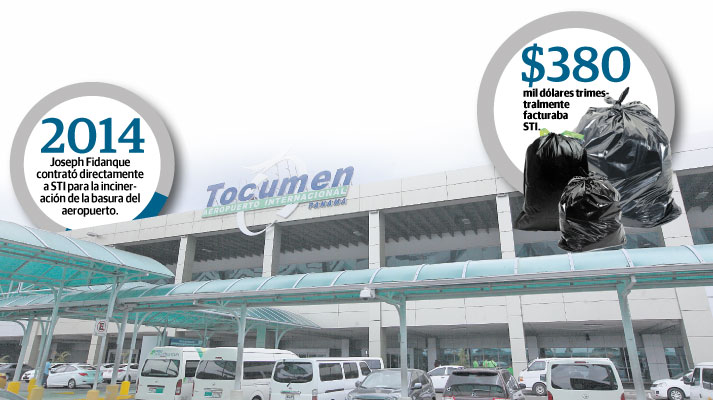 The outgoing president of Tocumen SA management, Dulcidio de la Guardia, and the former manager, Joseph Fidanque, would have responsibility for negotiating the treatment of the international garbage that Tocumen airport handles daily .

Since 2014, Fidanque entered Tocumen SA . and admitted that he directly hired the Incineration Technology Services (STI) company from one of his personal friends, Juan David Morgan, to assume the $ 830,000 contract quarterly.

That contract has been renewed to date with the excuse that it was a temporary option until the airport built its own incinerator.

This is how the company Oproler was contracted in 2016, but last year Tocumen SA was forced to recognize that the built incinerator could not handle the volume of garbage currently generated by the airport.

SEE ALSO:  Practitioners claim that safety should not be compromised by competition

Tocumen SA stated that the incinerator could only receive 2 tons of garbage per day when the airport generates between 7 and 8 tons per day.

It was thus that STI was again hired to continue providing the service but this time indirectly until the International Civil Aviation Organization (ICAO) called a tender while applying the bond against Oproler and the new incinerator was adjusted.

ICAO was in charge of tendering the temporary contract from Canada so that there were no political influences, generating the interest of two companies including STI again.

However, official sources confirmed that STI did not formalize its offer in the indicated time, leaving only the other company that fulfilled all the requirements in the race.

But now the outgoing president of the board of directors of Tocumen SA, Dulcidio de la Guardia , tries to ignore everything that ICAO has done because the company, in order to one of its partners in a law firm, failed to formalize its proposal.

De la Guardia would be threatening not to approve the transfer of departure so that ICAO can formalize the contract with the company that complied with the entire tender, said the source related to the process.

Panama America asked Tocumen SA about this problem and the institution limited itself to saying that this is a bidding for the airport administered by ICAO based in Canada.

“This tender is still within the processes of evaluation and analysis prior to the awarding, therefore, respecting the protocols defined by this organization for international bidding, any query regarding the status of this tender should be addressed to ICAO,” he said. Tocumen SA refusing to answer if its board of directors already knew of the results among the companies that competed.

million cost the incinerator that Oproler delivered to Tocumen SA 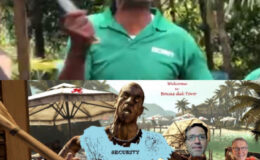 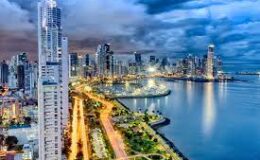 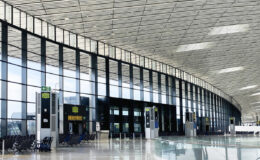 Welcome “Home”. A lot has changed…

So after travel over the weekend, we are back in Panama. After Covid, a medical emergency, and almost 2 years away, it seems surreal. Was able to get first peek of the new terminal I have been so absorbed with. Same traffic getting through Balboa. And a particularly gloomy day …