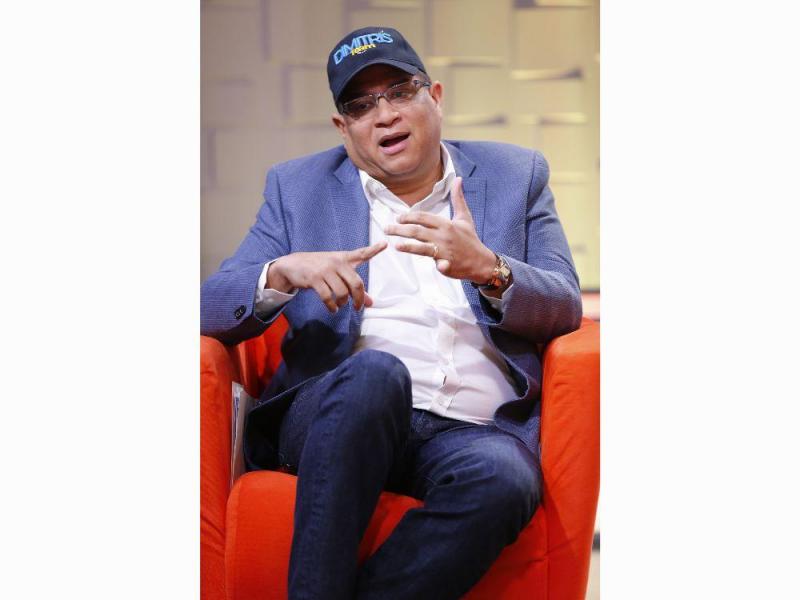 Before starting the interview, sitting in front of the television cameras, his wife Rosella, approached to accommodate the socks left by the feet of the interviewee. With great delicacy, the lady bent down and pulled up her stockings. He proudly exclaimed that his wife is a great support in his desire to become president. Dimitri Flores says that he finances his campaign with his own funds and that he will continue to do so up to the limit allowed by the Electoral Tribunal (TE) of $ 300 thousand. He has already invested almost half. When he runs out of money he has plans to go to his partners and friends, but not to the ‘grasshoppers’ as he calls the people who would collaborate on his project in exchange for something. He is surprised when I inform him that the name, Dimitri Flores, appears in at least 10 corporations, he had no idea, he riposted. He immediately said that he commended his lawyers to investigate. The funny thing is not that you read his name in some companies, but that he is not aware of it, hence the ‘shock’ he said he felt when he was questioned about it with the intention of knowing with what funds he paid for his campaign. the interview, La Decana requested a biography or resume from Flores. Something basic that a pre-candidate to the presidency of the Republic should have. Instead, it was the hardest thing to get from the independent.