After brief siege attempt, US Embassy secured in Venezuela 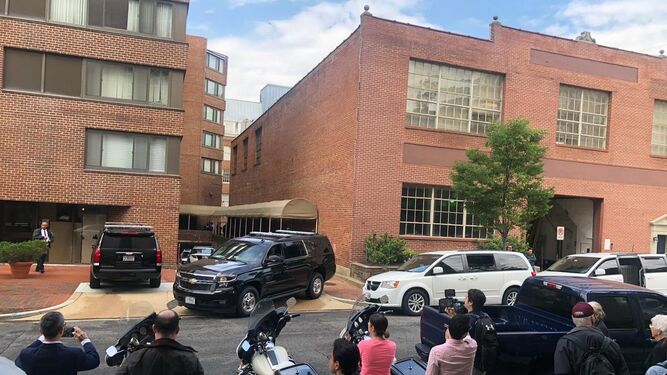 The Venezuelan ambassador to the United States, Carlos Vecchio, confirmed on the morning of Thursday, May 16, that his embassy in the city of Washington, DC was recovered.

“Out the invaders of our embassy. The usurpation ceased. It has taken time and effort, but we met the Venezuelans, “Vecchio posted on his Twitter account.

He added that he is “infinitely grateful to the diaspora of Venezuela for his sacrifice. Next release: Venezuela. ”

According to preliminary reports, the four activists, who called themselves Communists and who headed the Hands Off Venezuela movement, were arrested by federal police.

A group of Venezuelans gathered in front of the back door of the embassy shouted slogans, such as “Long live Venezuela!”, Reported the AFP agency.

For more than a month and with the consent of Maduro, activists were sleeping in the building located in the neighborhood of Georgetown.

There were only four people left in the building after police officers notified him on Monday, May 13, that he would forcibly evict the militants.

The purpose of the activists, the AFP agency recalled, was to denounce the existence of a coup plot against Maduro.

They also wanted to prevent the entry of the delegates of the president in charge of Venezuela, Juan Guaidó, whom the administration of President Donald Trump recognizes as president, as well as more than 50 countries.