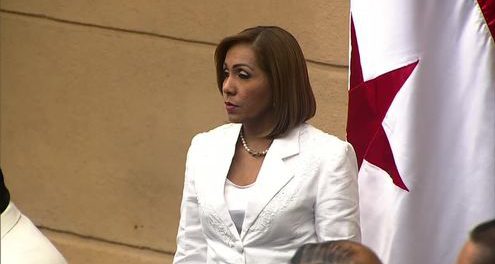 The president of the National Assembly, deputy Yanibel Abrego, reaffirmed her support for the presidential candidate in the primary elections of the Democratic Change Party (CD), Rómulo Roux, heading for the 2019 general elections.

‘On the CD we want a change. If the PRD wants to support us in this, we do not oppose it, “he said.

Ábrego, who is also the General Secretary of Democratic Change, referred to the internal campaign developed by the opposition party and reaffirmed the collective’s position of going to the presidential head.

Before a possible offer as candidate for vice president of the Republic by the PRD, the deputy replied that the CD is being organized ‘to be a government on May 5, 2019’.

‘You are talking about a vice-presidency, then it indicates that we would go in an alliance … but my candidate is Rómulo Roux, I support the candidacy of Rómulo Roux to the Presidency of the Republic’, indicated the president of the Legislative Body.

“I am Cambio Democrático and we are organizing our party to win the elections on May 5, 2019,” he reiterated.

The Democratic Change party will choose its presidential candidate for the 2019 elections next Sunday, August 12.