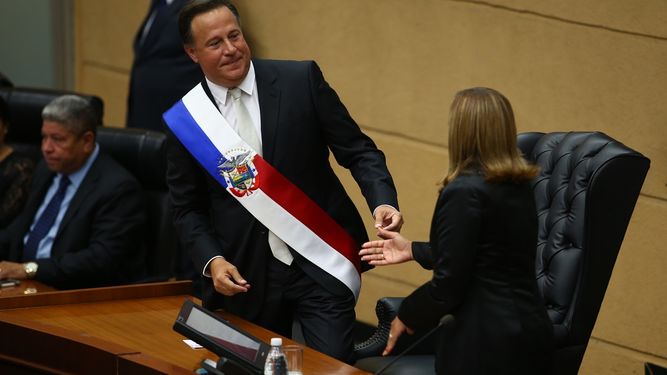 OP ED: James “JB” Bryson-  He will have to read it on Monday as he took a bunch of buddies to Key West for a Friday “conference”.  All coming back the same day.

The president of the National Assembly, Yanibel Ábrego , sent a letter of protest to the President of the Republic, Juan Carlos Varela , on the afternoon of Thursday, January 3, for the entrance of members of the Institutional Protection Service (SPI) to the facilities of the Legislative Palace during the installation of the fifth period of ordinary sessions.

Yanibel Ábrego denounces the presence of ‘armed persons’ in the legislative enclosure
Deputy Gomez questions operative in the Assembly: ‘this is the house of the people’
Ábrego formally reiterated to Varela his “repudiation and rejection” of what happened on January 2, when the Legislative Branch “was besieged by members of security forces, a situation that, to our understanding and that of many jurists, affects independence with that the powers of the State must act and undermines the autonomy that this Legislative Body has, by constitutional and legal mandate “.

He said in the letter that the internal facilities of the Assembly “were invaded without our authorization, by sectors of State security, said Service of Institutional Protection and National Police, also armed, which constitutes a breach of the legal order that prevails in this institution. ”