The Public Prosecutor’s Office (MP) is  investigating 14 companies linked to a presumed embezzlement for about $ 300 million in employer-employee contributions to the detriment of the Social Security Fund (CSS) .

The Public Prosecutor of the Anticorruption Prosecutor’s Office, Marina García Collado , revealed that she asked the Public Registry for the certifications of these companies to identify their managers and owners. According to reports from the CSS itself, the fraud was made through the System of Income and Economic Benefits (SIPE), used by employers to report the payment of employers’ fees.

In addition, Garcia asked the CSS the list of officials in charge of handling the “keys” of the SIPE.

No shit. What else is new in PTY? 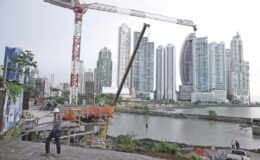 I have covered many times in the past and through the years, what I like to call the “PANAMA WAY”. As a very young republic, and one that truly did not have independence until the canal was fully handed over, PANAMA has developed it’s own way of going along. With …