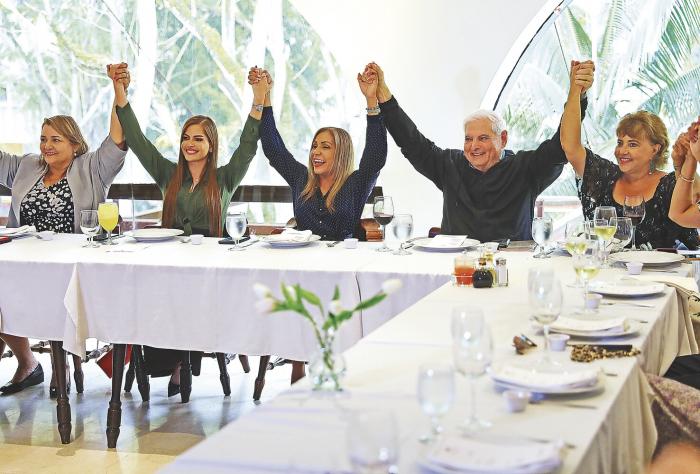 Eventually she will realize that VP is her fastest path to the Presidency. Ricardo is running so it’s over.

A definitive closure of the Electoral Tribunal of the expulsion process of the 15 “rebel” deputies of the Cambio Democrático party, led by the current general secretary of this political group, Yanibel Ábrego, has been the reason for a meeting led by the majority bench and the former president, leader of the Realizando Metas party and pre-candidate for the Presidency of the Republic, Ricardo Martinelli.

Deputy Yanibel Ábrego took the opportunity to reiterate that she is committed to running as the presidential candidate of Cambio Democrático and, hand in hand with Ricardo Martinelli, to win the Presidency of the Republic in the upcoming elections in May 2024.

“Cambio Democrático is going to be the formula with RM… I cannot tell you this today if I have not yet won the primaries,” was Ábrego’s response when asked if she would go as vice president in this formula with Martinelli.

“Ricardo Martinelli marks the top in all the presidential polls, of all the political parties; We want to go to the winner and Cambio Democrático, the party he founded, wants to go with its leader and we lead it,” said Ábrego.

At the same time, the deputy Yanibel Ábrego challenged Rómulo Roux to go to the extraordinary convention. “We are going to run to the CD primaries and we are going to beat the dictator Rómulo Roux; We challenge him, because when a leader has the votes, he has the power to convoke, he faces the elections in a democratic way, ”she stressed.

The RM-CD alliance is a fact. This was also confirmed by Ricardo Martinelli himself, who arrived and said that he will support these 15 deputies to reconquer Cambio Democrático in internal elections that Roux wanted to avoid.

The Electoral Tribunal (TE) definitively closed the expulsion process of the 15 deputies of Cambio Democrático (CD), who voted for Crispiano Adames for president of the National Assembly.