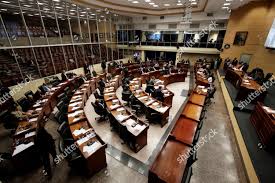 That persons who commit a crime against the public administration are excluded from the benefit of substitute penalties for house arrest and community work. This is one of the proposals raised in a preliminary bill submitted to the plenary of the National Assembly.

The initiative, promoted by the independent deputy Gabriel Silva , modifies articles 108, 98 and 63 of the Criminal Code and articles 349 and 509 of the Criminal Procedure Code . This would make it clear, among other things, that the conditional suspension of the execution of the sentence does not apply when it comes to crimes against the public administration. This, according to Silva, seeks to avoid the mockery of those who steal from the State and with bad money they have converted their homes into mansions where they live in “house arrest.”

Nor will women who are convicted of such crime and who are in a state of gravity or have had a recent birth have the benefit of changing their penalties until the child reaches one year of age. It is then, according to the initiative, that the judge may order house arrest.

In addition, it is established that the official who accepts an appointment for a public office or receives remuneration from the State without providing the service will be sanctioned with $ 150 to $ 300 fine days.

The proposal arises days after a Silva project on sexual crimes included an article that requires judges to decree community work or house arrest for those sentenced to sentences under five years. 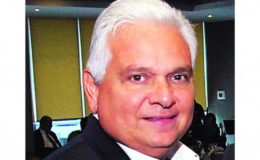 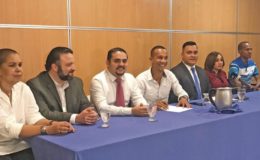 https://www.laestrella.com.pa/nacional/politica/200204/200203-martinellistas-anuncian-inscripcion-nuevo-partido The decision of the Board of Democratic Change (CD), to deny the convening of an Extraordinary National Convention, apparently ended up atomizing the collective founded by the former president of the Republic Ricardo Martinelli. The conventional CD, which collected the signatures to convene the Extraordinary National Convention to renew …