Trees and Timber are the new victims of “poaching”, as exploitation of Darien continues. 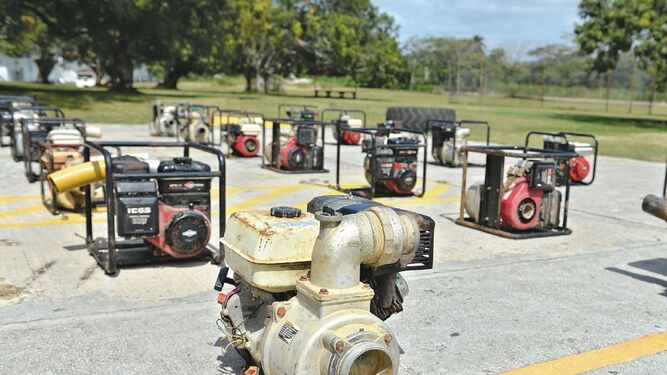 The Colombian criminal gangs that operate on the border between Panama and Colombia, control the illegal mining that is exploited in some towns of Darién.

He said that during a recent operation in the area, agents of the National Border Service (Senafront) seized several mercury tanks introduced into the country illegally.

He explained that this substance is used by illegal miners, especially for the extraction of gold and, as this activity has enormous polluting effects, it constitutes a great threat to the environment.

Mercury, he said, can contaminate entire rivers, forests and all the fauna and flora of a particular place.

Sánchez Marciaga stressed that, although illegal mining is mainly exploited by criminal gangs from Colombia, some Panamanians have already begun to practice it.

In fact, he confirmed that a local group that operated on the Maria River in Chilibre was recently dismantled.

He explained, however, that most of the local illegal mining activities focus on the extraction of non-metallic materials.

He said that in Pacora, for example, groups dedicated to the illegal extraction of sand from rivers have been detected and that a criminal conviction was produced for this activity.

In these cases, the sand is taken with heavy machinery, he said.

In Darién, according to intelligence reports from the Senafront, Colombian criminal gangs (bacrin) control the activity and finance, delivering money and equipment to peasants to extract the minerals and deliver most of them.

Reports from the institution show a rebound in activity since 2015 and identify as responsible, among others, the Usuga Clan, which took control of the binational border after the disarmament of the Revolutionary Armed Forces of Colombia (FARC).

Precisely, in 2015, during a meeting of the Panama-Colombia Border Binational Commission, the authorities of both countries recognized the interference of these bands in the region and warned about the use of various strategies to obtain economic resources, including the illegal minery.

On that occasion, it was warned that the work of these groups is very similar to that carried out by the drug cartels and the need to establish joint strategies to curb an activity that only in Colombia generates millions of dollars was raised.

The detection of these illegal camps requires a joint work of the security forces, since their location is achieved after aerial surveys carried out by the National Aeronaval Service (Senan) and then the Senafront sends personnel through the jungle, to proceed to the confiscation and destruction of these infrastructures.

Another alert about the presence of these camps is the location of dead fish in the rivers.

Usually, these are temporary camps occupied by groups of three to five people who operate motor pumps for the extraction of land from the river and then use mercury to extract gold.

Crimes against the environment related to illegal mining establish prison terms of three to six years, according to the Criminal Code.

This rule establishes that the penalty will increase by one third if illegal activity occurs within a protected area.

If a relationship with organized crime is also discovered and the suspects are captured in possession of firearms, the penalty can reach 10 years in prison.

The prosecutor revealed that work is being done on the elaboration of a decree to ban the importation of mercury and thus prevent this material from being used indiscriminately for mining.

The Ministry of Commerce and Industries (ICIM) also applies sanctions for those who illegally exploit environmental resources.

The exploitation of mining resources requires an environmental impact study, a concession of the ICIM, the payment of taxes and the acquisition of specialized machinery. 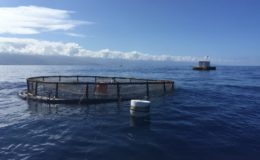