The Odebrecht case, an iconic investigation that follows the trail of the millionaire bribes that the Brazilian construction company paid in Panama to award public works, will be settled in the Third Criminal Settlement Court, headed by judge Baloisa Marquínez.

This is what Magistrate María Eugenia López Arias implied, in her capacity as president of the Criminal Chamber of the Supreme Court of Justice and coordinator of the liquidation process of the mixed inquisitorial system.

Agreement 322 of August 13 indicates that the Twelfth Criminal Court, which is handling the Odebrecht case, will close on September 30. However, López assured that the specialty of the cases will be respected and announced that the Third Liquidator Court (formerly the Eighteenth Criminal Court) will attend to investigations related to money laundering crimes, and that it has already been established to process this type of process.

In passing, López praised the resume and skills of Judge Marquínez. She stated, for example, that she has “vast experience” from the court in charge of dealing with financial crimes and money laundering and “extensive preparation and training” on these issues due to her “constant updating”.

He also highlighted his preparation in “complex and corruption cases.”

The Odebrecht case file, which contains 1,067 investigation volumes and 86 accused persons, has been the responsibility of Judge Óscar Carrasquilla.

During its processing, Carrasquilla validated some 13 collaboration and penalty agreements that were processed at the request of the Special Anti-Corruption Prosecutor’s Office and the parties’ lawyers. Among them are those reached with former Odebrecht executives André Rabello former former head of the subsidiary in Panama – Olivio Rodrigues Junior and Luis Eduardo Soares.

Meanwhile, the prosecution has requested 127 judicial assistance to various jurisdictions in search of information on the money moved through bank accounts and companies.

The prosecution has until the second week of October to conclude the investigation, but for every 50 pages of the file it is granted an additional day to work the prosecution hearing.

Although the prosecution could not carry out any investigation after the term expired, this would give it enough time to develop its view and establish the alleged responsibilities of those investigated as part of the process, which began in 2016.

JB- if that is you entering the “OP ED”??, let me know what you have heard about the strikes around Red Frog on my personal e-mail.
I told you I met people through Pillar that STILL know those peeps that are getting “F”d over by Red Frog.
Still no title.
Glad to see your around.
Thx
Peter 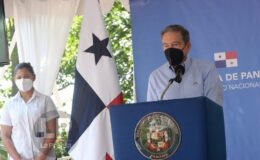 Nito “attempting” to be tough and cut puppet strings of the past from ODEBRECHT.

https://www.prensa.com/judiciales/cortizo-sobre-caso-odebrecht-el-unico-acuerdo-que-queremos-que-cumplan-es-el-de-delacion-que-debieron-pagar-hace-tiempo/ The President of the Republic, Laurentino Cortizo, affirmed this Monday, September 28, that he recommends to the Judicial Organ not to reach any agreement with the Odebrecht company and that the payment established in the accusation agreement be complied with. TORRIJOS PLAYED. Odebrecht, which was fined for using the banking system to launder money, …