This should be STUNNING!! C’mon Nito….Open Your Eyes!!

OP ED: James “JB” Bryson: I hope all my readers and any visitors to PNO.com can take the time to go back in our archives and see what a STAUNCH supporter of Nito Cortizo we were during the past year. OPENLY supporting him. I am not foolish enough to imply we made any impacting difference, but we were out there and being a voice nonetheless.

Most of this support centers around the fact that Nito is like a Panamanian Michael Bloomberg back in the US. He is massively wealthy WELL before assuming public office. It is that hope that I have in him in being able to STOP the middling political corruption that has INFECTED the politics of Panama since I have been associated with this place. I have stated openly from Torrijos through Varela, every year we see more and more example of politicians and judges on the TAKE. Earlier this year he came out and stated that this will NOT be the case with him, and those exposed will be “LIQUIDATED”.

Well, the first portion of his rule has not exhibited that promise. His Attorney General has resigned in shame, and there have already been questionable purchases made and approved through his underlings that would have bilked Panamanians of public funds.

So he is planning an early evaluation of his appointed leaders JANUARY 31st, and I am HOPEFUL that it leads to ACTION and not HOT AIR. Nito, like it or not, is leader during a very pivotal time in the history of Latin America. Panama stands out like a beacon of possibility. Surrounded by Colombia, Venezuela, Nicaragua, Bolivia, …..all falling apart at the seams. Panama is in the unique position of being an example to be set in the entire hemisphere. A place where the world feels CONFIDENT in doing business. Where purchases can be made without feeling you are merely bait on a hook. Where Ex-Pats can retire with certainty of knowing what they have and not spending countless more in shady legal practices. Bottomline, Panama needs to be better and I hope he does not make me eat my words. I hope NITO is the man to do it. Stay tuned next week.

President Laurentino Nito Cortizo will take his ministers, vice ministers, entity directors, among others. Next Friday, January 31, they will hold a meeting they called “alignment”, and in which it will be analyzed if they are all “at the same pace, and in the same direction according to the government plan”.

This was explained to La Prensa , the Secretary of Strategic Communication of the State, Oscar Ramos. The appointment will be at the Playa Bonita hotel, in the district of Veracruz, Arraiján district.

This is the second meeting of this kind between the President of the Republic and his collaborators. The first was at the beginning of the Government and was held at the Palacio Bolívar, headquarters of the Ministry of Foreign Affairs.

During the events for the 20th anniversary of the reversion of the Canal on December 31, Cortizo said that, “in general,” he was satisfied with his team. Days before during an official tour in Columbus, the ruler informed that “each one” of the members of his team, including ministers, would be evaluated in January 2020. He even said that he expects “that the vast majority stay” but that for that they had to work “aligned”. He did not specify how such evaluations would be carried out or if the results would be disclosed.

“There is no room for him to play live. Whoever plays alive will be liquidated, ”he said at the time in Columbus.

During those days they made noise, alleged irregularities in public contracts, and criticism for matters of low transparency that put the Executive to explain, or turn the helm in decisions that had been made.

For example, in mid-December it was announced that Gloriela del Río, director of the National Charity Lottery, had declared “confidential” data such as the name, ID and province of the lottery card holders. After a meeting in the Presidency, the official published the identities of the wallets on the website of the institution.

Two direct contracts granted by the Urban and Home Cleaning Authority (AAUD) were also questioned : one for $ 5 million for a year’s rent of 73 trucks, and another for $ 2.5 million to wash the vehicle fleet daily for a semester.

For those days, the Ministry of the Presidency announced the cancellation of the direct purchase of eight drinking water generators for a cost of $ 2.1 million. This decision was taken one day after La Prensa reported that there could be a possible cost overrun of $ 1.3 million in the purchase.

Last Thursday, January 16, he spoke again in similar terms. He did so at the close of the Agricultural Cabinet Council in Chiriquí. There he called on magistrates, judges of the country and the comptroller general to “tie his pants” and prosecute any officer who asks for kickbacks in exchange for a contract.

“You are warned… don’t use my name, you know me, don’t provoke me. No member of the PRD [Democratic Revolutionary Party], no vice minister … Don’t put me to the test, ”said the president.

“He who dares, I am sorry and I put him to sing. After I throw him away, I take him to the Public Prosecutor’s Office to get him imprisoned. ”

Will there be major changes in the Executive after the meeting? Time will tell.

COME ON NITO!!!!!
You have backstaqbbers among you RIGHT NOW.
The examples have already been laid out perfectly by the writer of this article.
Your OWN PEOPLE, those whom you granted great and influential positions in your esteemed administration are openly calling your bluff! They think you will do NOTHING as evident by what has already transpired in such a short period of time.

What do you think they will do and how long will the charges be by the end of your rule?? If they are doing this NOW, what THEN???

Be the leader I know you can be Nito. Oust these opportunists and be the leader of democracy for not just Panama but for ALL of Latin America!!! This is your moment to be better than the status quo. 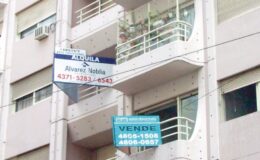 https://www.prensa.com/impresa/panorama/reforma-a-la-ley-sobre-arrendamientos-se-mantiene-en-consulta/ The Ministry of Housing and Land Management (Miviot) consults with various sectors to make changes to Law 93 of October 4, 1973, which dictates measures on leases in the country. The draft of a change proposal, which the Miviot sent to some unions on September 8, has raised criticism among … 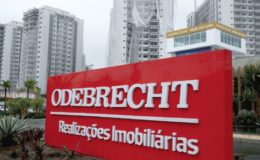 OP ED: James “JB” Bryson- Josito mu amigo. It’s very important you ALWAYS maintain a hand up the ass of ODEBRECHT. This case is bigger than MOSSACK-FONSECA. https://www.prensa.com/impresa/panorama/caso-odebrecht-en-manos-de-marquinez/ The Odebrecht case, an iconic investigation that follows the trail of the millionaire bribes that the Brazilian construction company paid in Panama to award …