This makes me sick. Hope it does the same for all. 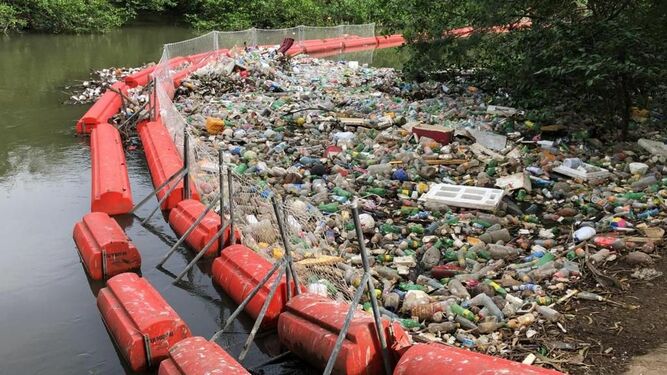 OP ED: James “JB” Bryson– Interestingly enough, I was just having a conversation earlier with a gentleman that told me about a trash line in the Bocas areas the stems for miles. Loaded with plastic, bottles, etc. People really need to see shit like this to realize that he ocean is not the worlds toilet. A picture is worth easily a thousand words.

The Green Tide Foundation completed its four-month study on waste, which is dumped in the Matías Hernández River, in the Panamanian capital, after the placement of the floating barrier called BOB.

According to the foundation’s report, 46.7% of the waste collected by the BOB in the river is plastic bottles and disposable foam containers. The monthly average, during that period, was 7.4 tons of waste. And in July it was the largest record with 12 tons.

“The floating solid residues most captured by the barrier were PET plastic bottles (Polyethylene Terephthalate) with 29.5% of the total weight, followed all of the disposable containers of expanded polyethylene (EPS), popularly called foam , with 17.2% ”, it is stated in a Green Tide reports.

The foundation confirmed that the study was carried out for four months with the support of 60 volunteers, under the direction of Panamanian engineers Carol Simons, Nayrobis Rodríguez and Alvaro Quirós.

In addition, it is emphasized that this result will serve as a reference point for future measurements of the impact of educational and recycling actions on river basin populations and will be the basis for similar studies in other tributaries of the country.

“The purpose of the study of macroplastics developed in the BOB was to generate data on the types of waste thrown by the population in the Matías Hernández river basin and which are then discharged in the mangrove of Panama Bay and the ocean, specifically, plastics and other floating solid waste, considered the main components of marine litter generated on the mainland, according to the United Nations Environment Program (UNEP, 2009), ”the report emphasizes. 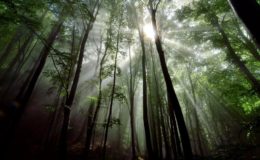 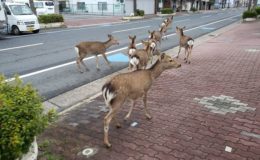