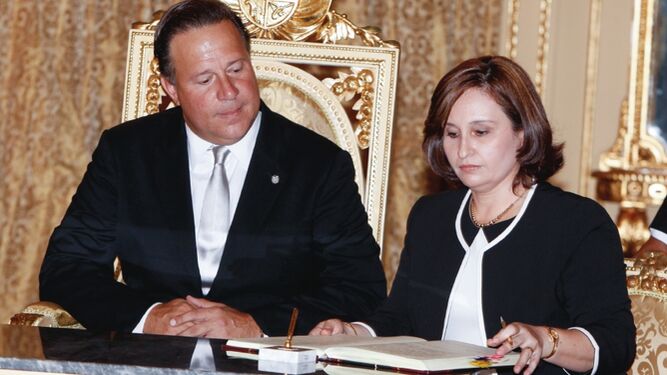 The Office of the Attorney General, in charge of Rigoberto Gonzale z, is carrying out two investigations against the Attorney General of the Nation, Kenya Porcell, following the leak of private communications by former President Juan Carlos Varela (2014-2019).

González informed La Prensa that the first investigation has to do with the complaint presented last Thursday, November 14, by lawyer Abdiel González Tapia, who requested the separation of the position of the official due to the “Varelaleaks” scandal . González Tejeira accuses the prosecutor of the alleged commission of crimes against collective security, public administration and the administration of justice.

González said that he will submit the complaint presented by González Tapia to the control of a guarantee judge to determine if the leaks have proof of validity.

While the second investigation began in 2017 after a complaint lodged by Miguel Antonio Bernal, Rolando Villalaz and Donaldo Sousa for the alleged commission of crimes of abuse of authority and overreach of their duties as a public servant.

Bernal accuses Porcell for violating the oath as an attorney, since, according to him, he is not fulfilling the function granted to him by the Constitution.

This complaint had been provisionally filed on April 17, 2018 pending new elements. With the case of the “Varelaleaks”, the process was reopened on November 14.

After the leaking of the ex-president’s chat, Rigoberto González reported that an investigation was reopened for a 2017 complaint and another was initiated.

Chats leaked in “Varelaleaks” contain conversations between the ex-president of the Republic his brother, former deputy José Luis Popi Varela, in which they refer to the agreement with Odebrecht, and the role played by Popi Varela and André Rabello, former mayor of the construction company in Panama to finalize the pact.

In May 2017, Rabello was pushing to reach an agreement. The communications between Popi Varela, his brother, the then president of the Republic, and Rabello, would reveal manipulation and pressures so that the latter was favored, while seeking to reduce the impact of the fine imposed by the Public Ministry on Odebrecht.

In an interview given by the solicitor to Radio Panama on Tuesday, November 12, Edwin Cabrera consulted him on the subject and Porcell rejected some type of undue interference in the Public Ministry: “we do not control what outsiders of the institution speak or say “

That Tuesday, Porcell announced that it would leave the post from January 1, 2020 to allow an investigation “as appropriate.”

Cabrera highlighted in the interview that the leak occurred on November 5, days after a media outlet in Spain published that the Spanish National Court imposed charges on three subsidiaries of the Spanish construction company FCC for the payment of 82 million euros ($ 91 million at current change) in commissions in exchange for the award of public works contracts in Panama. One of those mentioned in that plot is Ricardo Martinelli.

According to investigations in Spain, senior FCC executives and Odebrecht company personnel would have designed a scheme to divert funds, which was based on inflating the price of the steel supply needed to build the Panama metro and billing it at double its price .

For that reason the ex-attorney Ana Matilde Gómez has said that Porcell’s resignation is not a consequence of the “Varelaleaks”, but the effect of the largest corruption case in Latin America: Odebrecht.