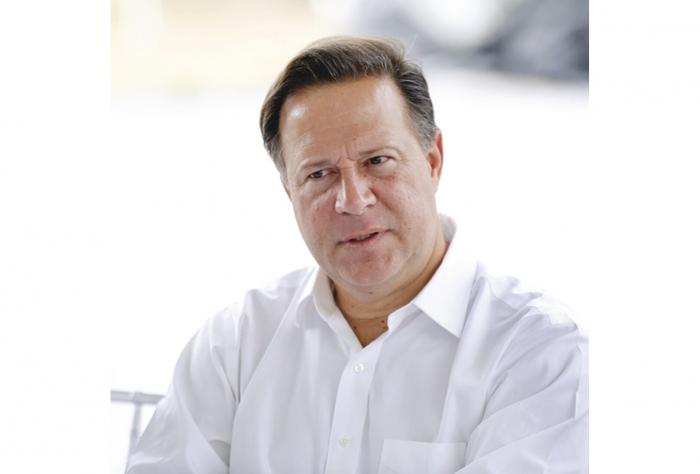 Between 2009 and 2013 from the Don James Foundation account, multiple bank transfers, management checks and cash payments were made to members of the Varela family. In total, the intelligence reports to which La Estrella de Panamá has had access reveal that from the Don James Foundation expenditures were made for $ 561,533.33 to the family in question or corporations under its control, with Juan Carlos Varela Rodríguez who more money received for a total of $ 310 thousand. Transfers to the Varela account extended until 2010 and the last one was received in April 2013, when the group was getting ready to participate in the 2014 elections, and came to the presidential power.

His brother and candidate for the post of deputy in 2009, José Luis Varela, received in his personal capacity the sum of $ 20 thousand, while Riofra Inc, a limited company that he presides over, benefited from $ 31,333.33. While the wife of the former deputy, Ana María Reátegui, was registered a payment of $ 10 thousand.

The bank movements in question are being investigated by the Special Anti-Corruption Prosecutor in the case of bribes granted by the construction company Odebrecht, because Jaime Lasso, a signatory in the Don James Foundation account and a fundraiser for the Panamanian Party, received sums of money important of Odebrecht.

The then president Varela admitted in 2017 to have received $ 700 thousand from the construction company, and they were delivered by André Rabello, a Panamanian subsidiary of the Brazilian construction company. Varela said that the money was reported to the Electoral Court as part of the accountability of the collectives on the campaign donations of 2009. Varela was not prosecuted for this fact, compared to others who were charged with the same matter for a crime. of money laundering.

In the middle of the 2009 electoral campaign, the Panamanian Party, associated with Democratic Change, positioned its candidate Juan Carlos Varela as vice president of Ricardo Martinelli’s formula at the top.

On the other hand, the prosecution also analyzes the money deposited in the account of the Don James Foundation, whose agents were the company Asesoría y Administración Profesional, SA, a company that includes several members of the Varela family in its board of directors, which turned $ 14 thousand in favor of the foundation.

Appearance of Roses will be on February 20

Former deputy Jorge Alberto Rosas asked the Anti-Corruption Prosecutor to postpone the investigation he had scheduled for yesterday, due to an incident of controversy requested by his lawyer Juan Carlos Guerra, within the process followed by alleged money laundering in the case Odebrecht In this sense the transfer runs for 3 business days. That is, the former deputy will attend after the carnivals.

Rosas bases the incident on the possibility that the action taken in the extension of five months of investigation, granted by the First Court to the Anti-Corruption Prosecutor, is declared void. This is because the Supreme Court of Justice has not yet resolved an appeal to the amparo decision filed by three parties involved. According to Rosas, that recourse, if it was ruled in favor of the parties that appealed the amparo, would declare the action acted null, therefore, in his case there would be no previous crime for money laundering that weighs against him “since in the 800 volumes of the file there is not a single evidence of previous crime with respect to Jorge Rosas ”, reads in the paper presented before the prosecution.

In addition to this, it establishes that they find the prescription of the crimes for which they are investigated. Therefore, he reiterated that once the actions raised are resolved, he will go to all the subpoenas required by the prosecution to clarify the facts.