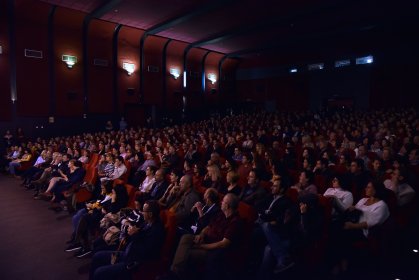 From September 5, Panama will receive the 12th version of the Icarus Film Festival, with the aim of achieving recognition of Central American audiovisual expressions, within which Panamanians are an important part.

“We are making cinematographic works that represent us as societies that have their own cultural identity and a rich collective imagination,” said Roberto Enrique King, producer of the festival and president of the Foundation for Performing and Audiovisual Arts (FAE).

King said they will again have projections at six provincial headquarters, including Panama City. From December 5 to 13, films will be presented at the University Cinema of the University of Panama. But from 9 to 13 of the same month, there will also be projections in the Municipality of Almirante, in the Center for Higher Studies of Fine Arts and Folklore in Changuinola and in the Regional University Center of Bocas del Toro; while in David, movie lovers will be able to watch movies at the Library System of the Autonomous University of Chiriquí and at the Municipal School of Fine Arts of the Municipality of David. In addition, the producer stressed that they will have a staging in Puerto Armuelles, at the Center for Higher Studies of Fine Arts Verísimo Castillo.’IN THIS VERSION WE CONTINUE IN ALLIANCE WITH THE UNIVERSITY MICROMETERIES CONTEST, AN INITIATIVE OF THE RECTORY OF THE UNIVERSITY OF PANAMA’,

He added that in the province of Colon the films will be showing from September 10 to 12, at the Regional University Center. “Admission will be free in all the aforementioned functions,” he said.

The Icarus Panama Festival begins as an itinerant Central American exhibition proposed by the Guatemalan cultural organization Casa Comal, creator of the then Icarus Central American Film Festival in Guatemala and composed of the films awarded the previous year in that competitive event.

Then Panama joins this initiative and since 2003 the productions of Central America begin to circulate in the country and throughout the region. Years later, the pro-Performing and Audiovisual Arts Foundation (FAE) joins the GECU.

According to King, the Panamanian films Tierra Adentro, which explores the complexity of the Darién jungle; December, which tells what happened in the invasion in 1989; the fiction feature The dry season, directed by José Canto, is part of the ten short and long-length Panamanian films that will compete for the country at the International Icarus Festival, which will take place in Guatemala next November.

Among the international films are: A gift for a centenary (Nicaragua 2018), by Yamil Rodríguez; The female deer (Spain 2017), by Francisco Fargas; The awakening of ants: childhood (Costa Rica 2016), by Antonella Sudasassi; Filiberto (Puerto Rico 2018), by Freddie Marrero Alfonso. “Around 14 films from nine countries will be shown on the Isthmus,” said King.

King added that during the festival they will have specialized workshops and will be taught by Argentine director Patricia Martin. In addition, the round table ‘The creation of the Ministry of Culture and its future impact on the Panamanian cinematographic work’, through the Cinema Fund.

‘In this version we continue in alliance with the University Micrometeries contest, an initiative of the Rectory of the University of Panama that seeks to stimulate audiovisual creation among students, and that will announce the winners in their second call and will project these works in the closure of the Icarus Panama Festival, ‘said King.

Once again, the University of Panama, aware of the importance of audiovisual media in today’s Panamanian society, convened the Second University Micrometer Competition with the objective of encouraging student creativity in the audiovisual field to promote participation and commitment of public universities in the development of audiovisual creation.

The jury is made up of Panamanian filmmakers Carolina Borrero Arias, Abel Aronategui and Luis Romero, who will reward the six best micrometeries.

The award and screening of the winning films will be on Friday, September 13, at 7:00 pm, at the University Cinema, of the University of Panama. More information on Facebook, Twitter, Instagram: Ícaro Panamá www.festivalicaropanama.com. 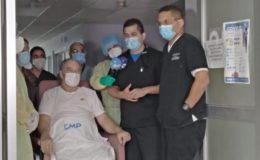