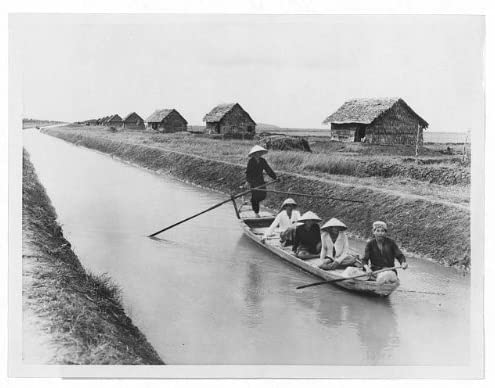 JB: to my e-mailers,,,,screw you, this shit interests me. LOL

Urban legends abound about the origins of canal straw in Panama, but the Smithsonian has new evidence that puts an end to the question. Gutter straw is an invasive weed, native to Asia. Because its tiny seeds are carried by the wind, it easily invades gaps and spreads to form impenetrable stands by sprouting from tillers and rhizomes. Once established, gutter straw is a challenge to eliminate. The fire burns the tips and stimulates the roots. The glassy hairs that line the leaves cut the skin and blunt the machetes.

The most widespread story is that the Panama Canal Company imported canal straw (or white straw, Latin name: Saccharum spontaneum L) for erosion control. In other versions, it was brought in by the US Army to modify the landscape for military exercises or it arrived in ships that transited the canal during the 1950s or 1960s. Another study suggested that the seeds or root fragments may have been washed into the canal from a Thai or Vietnamese earthmoving team sent through the canal in the 1970s.

“All of these explanations are unlikely,” said STRI scientist Kristin Saltonstall. “The first documentation of its presence in Panama is a report from the Missouri Botanical Garden of 1948.”

In 1939, the US Department of Agriculture shipped more than 500 different varieties of sugarcane and close relatives to the experimental gardens in the Canal Zone. Breeders may have been concerned that hurricanes could damage them at the sugarcane experiment station at Canal Point, Florida. The plants were allowed to flower in the gardens as part of the sugarcane breeding trials ongoing between 1940 and 1945.

Saltonstall compared DNA extracted from the leaves of plants he collected in Panama with DNA samples from a large international collection of sugarcane and sugarcane relatives, maintained by colleagues in Australia, including many of the accessions that are likely to be found. brought to Panama in 1939.

“The conditions were right, the plants were there, and the time was right,” said Saltonstall. “We can never say with 100% certainty that it came from the experimental gardens in the Canal Zone, but it certainly seems so, because the DNA of the canal straw in Panama is very similar to the Indonesian accessions in the germplasm collection. All these plants also have high levels of ploidy (many copies of the chromosomes in each cell) and come from the same maternal lineage ”.

Sugarcane is the largest crop in the world. In 2018, Panama produced 2.9 million tons of sugar cane. It was first domesticated in Southeast Asia in the 8th millennium BC and gradually spread throughout the world. Today, one hectare of sugar cane (a cross between S. spontaneum and S. officinarum) yields between 30 and 180 tons of sugar. Sugarcane breeders are eager to improve yield by producing hybrids with other grass species, but as they continue to experiment, the possibility of escapes like this continues.

“This was not an intentional introduction,” Saltonstall commented. “Nobody was thinking about invasive species at the time. More recently there have been leaks in the US in Florida and Louisiana. Germplasm collections must be monitored and if there is a leak it must be dealt with before it becomes a problem ”.