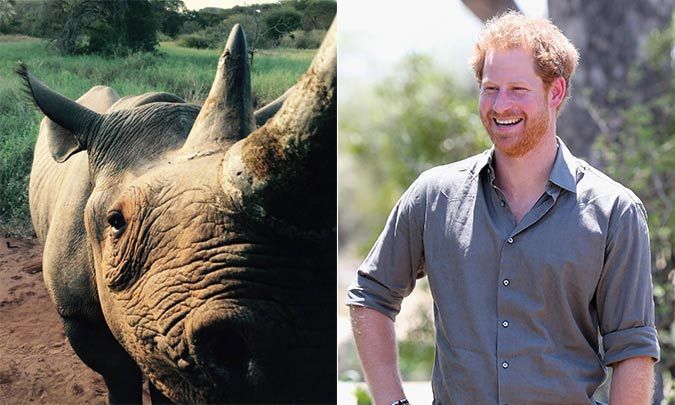 Visiting family in states, and have been PNO banned for a few days. I did however see this blurb on YAHOO, where it shows one of my actual heroes. While other celebrities and those of influence are not very involved, the Royal Family of the UK, in the form of BOTH Princes William and Harry, are huge supporters of the Anti-Poaching efforts underway in Africa.

Recently a British soldier was killed in the performance of his duties in protecting these species from imminent extinction. Harry traveled to pay his respects to this fallen hero.

The link is on the homepage, please contribute if you can.

The Queen’s grandson laid a wreath in the Liwonde National Park at a memorial to Mathew Talbot of the Coldstream Guards, who was killed in May by an elephant.

Prince Harry also appealed for greater global efforts to protect the environment against human “greed, apathy and selfishness” during his visit to the national park.

Harry, whose tour of southern Africa has taken him to four countries, also observed a simulation of an anti-poaching drill by Malawian rangers and British soldiers aimed at protecting endangered species such as elephants and rhinos.