Prosecution still crying foul over judgment. They are missing “the” POINT. 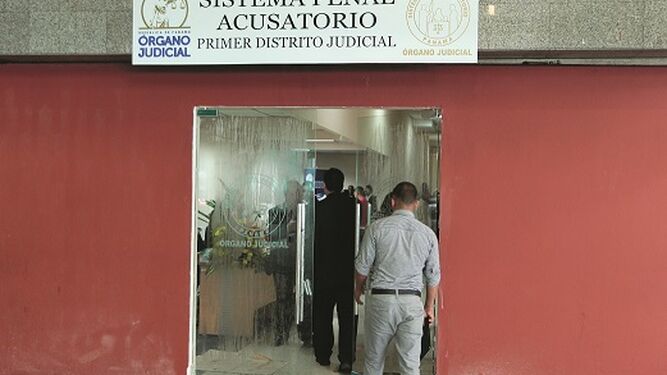 The plenary of the Supreme Court said there was no violation of due process. This is how Judge Harry Díaz sums up how the verdict handed down last Friday by the trial court in the case of punctures is in contrast to what was decided by the highest justice corporation in December 2018, by declining competition to ordinary justice.

The court – made up of judges Roberto Tejeira , Arlene Caballero and Raúl Vergara – declared former President Ricardo Martinelli (2009-2014) not guilty of the alleged crimes of peculation and espionage to at least 150 people.

Judge Díaz said that the serious thing is that, under amparos, the Court indicated that Martinelli had not been violated due process and “all this was simply belittled by the oral trial judges, demonstrating total ignorance of the process.”

Judge Harry Díaz, who acted as prosecutor in the case of punctures, said that the serious thing about the decision of the court of oral trial is that he belittled what was decided by the full Court.

Díaz, who acted as prosecutor of the case during the interim phase – when the process was the Court’s competence – explained that the lower courts than the full Court have the obligation to comply with the decisions of their superiors in the subject matter of the process.

He even said that among the functions of the trial court is not to analyze if the process had not been remedied, that is, this is not a function of the oral trial judges. He said that it is in the phase known as intermediate – in which Judge Jerónimo Mejía acted as judge of guarantees – in which all kinds of corrections are made to the process.

According to the provisions established in the Criminal Procedure Code , the judge of guarantees is responsible for correcting any deficiency that affects the procedural guarantees.

Can you invoke lack of due process when the defense made use of how much existing and invented remedy occurred to you? Magistrate Diaz asked rhetorically. And he replied: In all the appeals that the Court resolved on the case of punctures, it was pointed out that there was no lack of due process, and everything was negligently omitted in the alleged legal analysis conducted by the judges of the oral trial.

Consulted by this means about the verdict issued in the case, the US Embassy said that its government does not comment on domestic judicial decisions of other countries.

“The ability to be a judge does not have any lawyer; you need principles and values ​​that have to be seen at the time of the contest ”.

Magaly Castillo, lawyer.
However, the embassy indicated that “Martinelli was extradited at the request of the Government of Panama, after fleeing to the United States evading charges for illegal eavesdropping.” “The United States only extradites people in cases where the evidence justifies returning to the country for prosecution,” the source said.

Attorney Magaly Castillo said that what happened with the case of punctures should lead society to give themselves the opportunity to discuss the need to implement the Judicial Career Law that was passed in 2015, and although they understand that they have made some appointments, It is still at a slow pace.

Currently, Castillo added, most of the judges and magistrates of the court of appeals and higher courts did not come for a merit contest. “It is important to strengthen the participation of civil society in that process,” he added.

He also stressed the importance that judges who impart justice convey confidence, so that there is no doubt about their suitability and independence. He stressed that there is currently doubt as to why they were appointed, if they meet the requirements of the law, and if they are properly trained.

“That we are not saying now for what happened in the case of Martinelli, but we have been saying it for years,” he said.

“It is not anyone who meets the requirements to be a judge of the Republic,” Castillo said. It is said that the gift, the ability to be a judge, does not have any lawyer; certain principles and values ​​are needed that have to be seen at the time of the judicial career contest.

The judges that formed the oral trial court were challenged by the complainants in February 2019, at the time of being assigned to the process.

Judge Tejeira was appointed by Personnel Decree Nº. 266 of July 24, 2009 by the then President of the Republic Ricardo Martinelli, as advisor I in the Ministry of Government and Justice, with a salary of $ 1,530.00.

Vergara was challenged because, acting as an alternate judge of the Second Superior Court, he issued a ruling in 2012 that condemned Rubén Polanco to pay a thousand dollars in a process for committing the crime against honor. In May 2013, the Court revoked the ruling.

Caballero was challenged because she worked as secretary of the Criminal Chamber of the Supreme Court during the presidency of José Ayú Prado, and was also an assistant to Judge Díaz. All these claims were dismissed by an appeals court.

Speaking on TVN’s Radar program, Castillo said the one with the punctures was not a simple case. “This was a case that began under the administration of Ana Belfon , and when you read the reasons why it fell apart, most of them are related to what happened in July 2014 [when Belfon was still in the Procuraduría], which was when the protected witness arrives at the Assistant Prosecutor and gives details of what had happened. And at that time the accusatory criminal system was not even applicable [in the province of Panama] and therefore the failure of the chain of custody. ”

A consensus begins to exist in the procedural questions of the unanimous ruling of last Friday, August 9, which declared the former president of the Republic Ricardo Martinelli “not guilty” in four accusations that made up the case of punctures.

The fundamental issue seems to focus on what the magistrate of the Supreme Court of Justice and former prosecutor of the case, Harry Diaz, called attention. The judgment of the trial court in the case of punctures departed from its procedural role.

In the accusatory criminal system there are three phases, each of which has differentiated objectives and results. In the first phase, the parties are linked to the case and the investigation is carried out under the control of the judge of guarantees. In the second phase the evidence that will be used for the trial is filtered, since both the prosecution and the defense must validate their evidence with the judge of guarantees, to verify whether they are legal or if they meet the requirements that make them relevant to the process . In the third phase, which is the trial phase, the court practices the evidence, listens to the allegations of the parties and decides, assessing with “sound criticism”, the evidence that was accepted in the intermediate phase.

Thus, on November 19, 2018, the magistrate judge of guarantees of that case, Jerónimo Mejía, determined the definitive list of evidence that would be used in the trial phase. That decision of Judge Mejía, validated by the plenary of the Supreme Court of Justice on December 7 – when the pronouncement that sent the case to the ordinary justice was made, determined that everything done by Mejía was as valid and recognized for the next phase

The trial stage implies that the evidence is already legal, and therefore, cannot be ruled out, neither because they were practiced without the presence of the defense, nor because there is a “protected witness” that the court considers “suspect witness”, on the grounds that he was assigned to an international mission in the United States with high pay.

In conclusion, this means that the trial court exceeded its procedural functions, completely ignoring the determination made by the Supreme Court at the end of the interim phase of this case. That should be sufficient to justify the appeals against this decision, allowed by the Criminal Procedure Code .