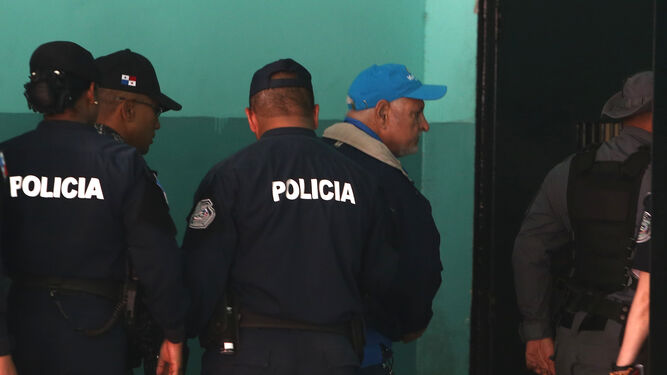 The oral trial of former President Ricardo Martinelli resumed on Wednesday, April 17, without the presence of the media and the public, with the review of a portfolio of 164 documents that must be recognized by the expert Luis Enrique Rivera Calle .

Witness recognizes material intercepted by victims
Public Ministry trusts the work of the expert Luis Rivera Calle
There is no evidence to free Ricardo Martinelli
The documents are part of a folder of ” 195 elements “, of which 31 (including emails, audios and images) were already verified by Rivera Calle the day before.
The prosecutor against Organized Crime, Ricaurte González , indicated that, in total, 89 documents have been reviewed. “No one was unknown to the expert … He already described what was on that compact disc, now he is doing a document by document recognition, and so far has recognized all the documents that have been exposed,” said the prosecutor.
“So far, everything is going as planned by the Public Ministry,” he added.
The hearing was suspended shortly after 1:00 pm, due to problems in the air conditioning of the court. The trial resumes on Monday, April 22, but at 2:00 pm, because in the morning, the former president has a medical appointment.
Rivera Calle, who is a witness of the prosecution and head of Computing at the Institute of Legal Medicine and Forensic Sciences (Imelcf) , acknowledged the documents after the Trial Court that prosecutes Martinelli authorized the reproduction of one of the compact discs that contains confidential information extracted from the email brad.pty507@gmail.com , with the material intercepted to the victims.

The expert confirmed that the compact disc contains the same information that is in the seven folders that also contain confidential material intercepted to victims in the email bradpty507@gmail.com.