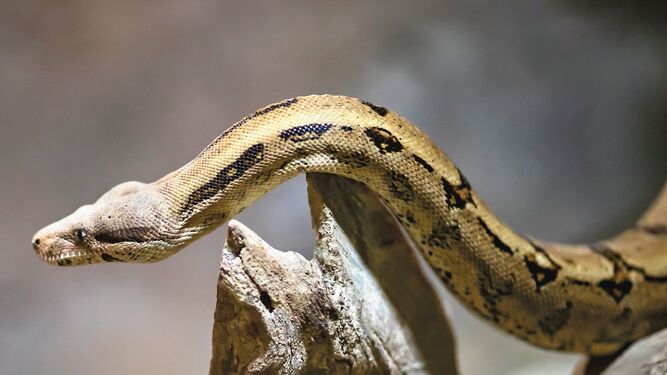 OP ED: “JB”- Seems as good a time as any to piggyback off this story. I have been looking at images of Florida all week due to the Hurricane Dorian. What some may not know is that Everglades, also known as “The River of Grass” from the famous author Marjory Stoneman-Douglas, is one of the true amazing natural places on Earth. Over the past 25 years or so, there has been an invasion that has altered the food chain and balance of this highly important eco-system. This invasion is caused of course by MAN, and the introduction of alpha predator species into this environment in the form of exotic PETS. Namely, the BURMESE PYTHON.

This animal, so popular as a pet in the 80’s, were often released into the Everglades when they became too large to be kept in captivity. When a mouse was no longer sufficient, these pets were often let to go free out in the areas of western Dade and Broward counties. They immediately ascended to the top of the food chain, even over that of the Florida Alligator, as well as the critically endangered Florida Panther.

I thought of this over the weekend, as a story was done in relation to Hurricane Dorian, about Hurricane Andrew back in the 90’s, that led to massive destruction to people that owned reptile farms in the areas that were damaged, and the subsequent unintended release of literally thousands of snakes into the eco-system. Snakes that found the warm climate and wet areas perfect for these cold blooded reptiles.

I never saw the fascination with people owning these “exotic” species. And the fallout from such hobbies can be seen now in Florida. This article is mentioning the same calamity that can occur here in Panama, as it covered here is already happening in Colombia.___________

Unwittingly, with his long, cold body, he moved a table on which a pot rested. The pot fell on his head and its owner had to hand it over to the authorities. He ran with luck: after five months of care, the boa returned to the Colombian jungle.

History repeats itself by thousands in the second most biodiverse country in the world, as the tendency to capture wild animals to try to tame them goes to the environmental authorities.

“Mainly on farms or in recreational areas, where people are going to spend their rest, it is where they have (…) all this kind of wildlife,” Juan Camilo Galvis, chief of environmental and ecological protection at AFP, tells AFP. the police of the department of Antioquia.

The desire to have them, experts and authorities agree, responds to a bouquet of ingredients.

“There are very marked features of drug trafficking such as having a zoo at home,” explains Sebastián Benavides, from the state-owned Wildlife Network of the Metropolitan Area of ​​the Aburrá Valley, which includes Medellín and nine municipalities in Antioquia.

At the end of the last century Pablo Escobar or the Ochoa clan turned farms into zoos. There they carried exotic species such as elephants, rhinos or hippos brought from the United States or Africa.

To this custom is added “the lack of education” of those who do not measure the impact on the nature of moving their new “pets” away from their habitats, as well as the opportunity that some find in the sale of the species, points out the expert.

Animals recovered:
The authorities estimate that they relocate or release 70% of the recovered species. The rest die, have serious affectations or even are sacrificed for poor condition.

With an annual market of between 10 and 26 billion dollars, illegal species trafficking is the third most profitable illicit business in the world, behind drug trafficking and human trafficking, according to the UN.

On the roads of Antioquia, of which Medellín is the capital, some transport macaws, parakeets, tigrillos, hicoteas, iguanas, tayras, monkeys, pumas or snakes extracted from the jungles of Córdoba, Chocó or Urabá, in the north and northwest.

There are also threatened or vulnerable species such as spider monkeys or churuco.

In the Aburrá Valley alone, authorities rescue 5,500 copies a year, says Andrés Gómez , of the Wildlife Group of that area. In 2017, 23,600 were seized throughout Colombia, according to the environmental police.

Any specimen “that we extract from its natural environment to have it in a house as a pet, as fun, is an animal that is dead for life, because these animals fulfill a biological and ecological function in the ecosystem, disperse seeds, control other species” .

The constrictor who survived the accident would have left Del Urabá. Coffee, one meter and eighty long and male, the reptile lived with its owner in a house in the Manrique neighborhood in Medellín.

The blow of the pot caused trauma to the head and mouth, and forced the owner “to deliver it, because he had nowhere to take it,” says Benavides.

Colombian legislation prohibits veterinarians from attending wild animals, unless authorized, which means that the holders are forced to return them when they demand attention.

If they return, they are not sanctioned. But merchants or traffickers are exposed to up to eight years in prison and millionaire fines.