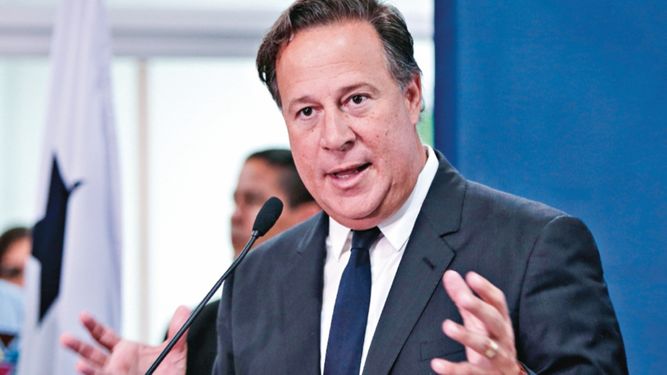 ‘Juan Carlos Varela was staying in rooms of $ 4,500 and used huge black limousine’

The Vice President of the Republic, José Gabriel Carrizo said that in the Government of former President Juan Carlos Varela there were inconceivable expenses both in rental of presidential vehicles and in lodgings.

Nearly one million dollars is proposed to save the Panamanian state in car rental as part of the‘Austerity Program ‘ that came into effect since last July 1, said the Vice President of the Republic, José Gabriel Carrizo.RELATED NEWS

José Gabriel Carrizo questioned that in the pastGovernment there were inconceivable expenses both in rental of presidential vehicles and in lodgings. “Juan Carlos Varela was staying in rooms of $ 4,500 and used a huge black limousine,” said the Vice President of the Republic.

In 2016, the government of former president Juan Carlos Varela was strongly questioned by the more than 130 vehicles that made up the fleet that mobilized the presidential security and his family, and that evidenced a direct rental contract made by the Ministry of the Presidency with the Panama Car Rental SA company published in Panama Purchases whose amount exceeded 2 million dollars.

José Gabriel Carrizo insisted that the presidential delegation can mobilize in cheaper cars.

In this regard, the Deputy Minister of Economy, David Saied referred to the recent trip of the President of the Republic and the Panamanian delegation to New York to cite the first show of government austerity.

“The hotel where the president of the Republic stayed cost $ 350, the previous presidents stayed in the presidential suite of the most expensive hotels in New York, some with prices above $ 4 thousand dollars a night,” said the deputy minister of finance, David Saied.