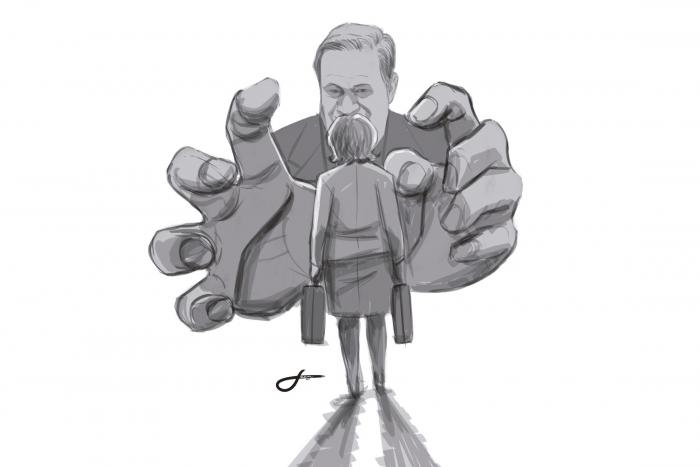 A solicitor of the Nation cannot commit any crime or any act that tarnishes its transparency and credibility.

Do you consider that there are enough merits to investigate the attorney of the Nation for the messages leaked in the ‘Varelaleaks’?

I believe that there is enough merit to open an investigation against the Attorney General of the Nation, Kenya Porcell, for the ‘Varelaleaks’ because the position of attorney is called to exercise with total independence. You cannot commit any crime or any act that tarnishes your transparency and credibility. Recall that there are crimes and administrative offenses and conversations that have been known for the interference of the privacy of then President Juan Carlos Varela indicates that Attorney Porcell was possibly asking for favors, which means an alteration to the normal development of investigations when He gave information to President Varela or requested that the president, in some way, intervene in personal matters of the Office of the Attorney General. This is more than enough to advance an investigation without going into detail of guilt or not. The ‘Varelaleaks’ constitute a criminal news.

Regardless of the illegality they can see in the dissemination of the ‘Varelaleaks’, how do you analyze the crossings of messages between President Juan Carlos Varela and the Attorney General of the Nation, Kenya Porcell?

One thing is the illegality of the ‘Varelaleaks’ and another thing is very different information there, if the Attorney General or the prosecutor who takes the case presents that information as evidence, it is obviously illegal, and everything that arises from that information It would be illegal for the poisoned tree principle, but if the prosecution simply takes the information to start its own investigative procedure, everything that arises from there is legal and what comes as a means of conviction is enough to charge charges and hold a Accusation is completely legal. They are two totally different things. The information of the ‘Varelaleaks’ by itself is illegal because it was done in violation of the law.

Do you think the resignation of Attorney Porcell is right?

Personally, the resignation of the solicitor seemed very correct, because it is a position that, in addition to being exercised with honesty, must be done with integrity. Honesty implies not committing crime and integrity means doing things correctly from an ethical and moral point of view, an attorney or attorney cannot exercise the charge of investigating four million Panamanians when they cannot see each other’s eyes of Panamanians because it has lost credibility and trust; That is why I reiterate that resignation is timely.

Do you consider that the resignation and content of the messages between the prosecutor Porcell and the now ex-president Varela affects the processes of high profile cases?

The resignation of the prosecutor Porcell cannot affect any of the high profile cases because the processes are of the institution, this case is of the Office of the Attorney General and not of the attorney, so each process has a prosecutor in charge of the investigation and Each process has a protocol that records each diligence that is performed. There will come a new attorney or attorney who will appoint new prosecutors or keep the current prosecutors and there is no need to have any effects on the processes.

A final reflection on what has happened with the ‘Varelaleaks’?

One reflection is that they arrived at an opportune moment because it allowed the country to reaffirm that, indeed, the presidents of the Republic in one way or another have had interference in the Public Prosecutor’s Office, especially because of the way in which the attorneys are appointed. The magistrates of the Supreme Court of Justice are subjected to a larger filter than the attorneys, and it should be the opposite; The prosecutor should go through a larger filter because it is the person that can affect third-party legal assets, even long before there is a formal investigation. The solicitor must have greater legitimacy, transparency, integrity and generate greater confidence. It seems that the figure of the procurator is to favor certain sectors that the president of the Republic wishes to please and gives me full that it has been through a lady, that the country has corroborated this reality. The good thing is that it is announced at a time that constitutional reforms are discussed and hopefully at that level the issue of the Attorney General’s Office is addressed.

All these leaks have come to prove that humanity has the right to know all the communication between rulers and citizens.

Do you consider that there are enough merits to investigate the attorney of the Nation for the messages leaked in the ‘Varelaleaks’?

What he can tell you is that the official qualified to decide whether or not there is merit is the Attorney General of the Administration who, in accordance with Panamanian legislation, is responsible for investigating the Attorney General’s Office.

Regardless of the illegality they can see in the dissemination of the ‘Varelaleaks’, how do you analyze the crossings of messages between President Juan Carlos Varela and the Attorney General of the Nation, Kenya Porcell?

As for the subject that has been filtered that corresponds, the first thing we should know is whether that communication was established privately; that is to say, from the private telephone of the solicitor Kenia Porcell and the president of the Republic, Juan Carlos Varela, because in case it has been of cell phones paid by the State, I consider that any communication that derives from those communications is public or it must be public because a state resource is being used.

Do you think the resignation of Attorney Porcell is right?

These decisions are so personal that I really dare not give an opinion on your particular resignation. Any official who holds a position as important as the attorney of the Nation and decides to resign, is obviously a very personal decision and, in particular, I do not like to issue considerations on whether it is right or wrong.

Do you consider that the resignation and content of the messages between the prosecutor Porcell and the now ex-president Varela affects the processes of high profile cases?

It would have to be part of the investigation that the Attorney General of the Administration should do because, as I have said, if that communication was made with teams, in this case cell phones of the State and would have to define if that affected those research processes.

A final reflection on what has happened with the ‘Varelaleaks’?

With everything that has happened with this to disseminate or filter communications – not only in Panama, but in other parts of the world – I believe that the population has the right to know that information without the need for these leaks to occur. All these leaks have come to prove that humanity has the right to know all the communication that occurs between rulers and citizens