During the administration of Juan Carlos Varela, the population aged 15 to 29 increased by 64,511 people – 83% of them economically active -, which resulted in the increase of young people who neither study nor work (ninis) in 249,441, figure Registered last March. Hand in hand with this, youth unemployment increased from 12.5% ​​to 14.6%.

These data seem paradoxical if it is considered that the State made an investment in education of more than $ 15.5 billion (2008-2018), according to data from the Comptroller General of the Republic. But today, the proportion of young people looking for work is greater than ever.

The business consultant René Quevedo is a sensor that details in detail the relationship between youth unemployment, education and crime. It describes that the Economically Active Population (PEA) from 15 to 29 years old, between 2014 and 2019 increased by 53,480 young people, 46% more than the amount recorded in the previous 10 years (2004-2014) together (36,732).

These numbers are part of the unemployment rate recorded last March, which amounts to 6.4%.

However, it was no secret to anyone that unemployment would increase once the construction of the Panama Canal expansion was completed. Moreover, international organizations such as the World Bank (WB), warned in 2012 about the imminent need for the change in Panama’s economic expansion profile and the impact that the culmination of the megaproject would have.

The publication ‘Better jobs in Panama: the role of human capital’ posed a great challenge for the country that consisted of achieving universal secondary education and improving the quality of the system to boost worker productivity. An essential challenge to overcome changes in the demand for labor and future needs of the economy.

The WB was not alone in alerting about the future of the country’s workforce. In the same year so did the firm Nathan Associates, which warned politicians on duty that between 2013 and 2025, 28 to 45% of new jobs generated by the economy would require imported labor. And he was not wrong.

After the maelstrom that was experienced during the administration of Ricardo Martinelli (2009-2014), the employment in sectors with low schooling requirements, such as construction, slowed down and these young people were forced to seek employment in other sectors with demands Superiors of formal instruction. This was a huge challenge, because the average school age of these boys is around 9.6 years approved.

“Another negative social effect of the past decade was the tripling of crime. There is also evidence of how investments in education, assistance programs, private sector resources and thousands of jobs, in certain communities, do not guarantee the economic empowerment and financial independence of its residents, nor could they stop crime, ”said the consultant Quevedo

The business advisor observes how in the last decade governments have invested significant resources in social subsidies, prevention and resocialization. However, the report entitled “Detainees in the District of Panama of the year 2017”, issued by the National Institute of Statistics and Census (INEC), reveals that 68% of those detained in Panama City come from the corregimientos of San Felipe, El Chorrillo, Santa Ana, Calidonia and Curundú.

What considerations should we ask ourselves after these figures? Quevedo explains that the investment in prevention in the aforementioned corregimientos has not translated into greater inclusion; that the reductions in the number of crimes in these areas are the result of police deterrence and not of social prevention; and a vital fact that temporary employment is not job sustainability.

The number of young people who annually begins to look for work is historically far superior to the capacity of the labor market to absorb them.

Quevedo says that, while education is key to job placement, “job creation requires the confidence of entrepreneurs to invest in the country. Without private investment there is no job. ”

Education should be oriented to generate the skills required by the labor market that young people prefer; technology, for example. “So the improvement of youth employment seems to be closely linked to our ability to create an environment that allows them to start their own businesses successfully,” said the consultant.

The Ministry of Education has drawn up a plan for the first 100 days of work as part of the government strategy to reduce poverty rates, unemployment and ensure the inclusion of graduates in the labor market.

Among the activities proposed, the transformation of teacher training, agreements with universities and institutes, and improving the quality of education, among other tasks, are analyzed.

However, there are other factors that should contribute to diminish the figures. “In order to reduce employment, the structure of the Panamanian economy should grow by 5.5%.The current growth (3.41% between January and March 2019) is very difficult to reduce unemployment, ”says economist Rolando Gordón.

An alternative to create inclusive jobs results in public-private partnerships and opportunities for economic empowerment and financial independence with entrepreneurship plans and productive chains that allow many vulnerable groups to generate decent income in direct or indirect activities derived from investments. 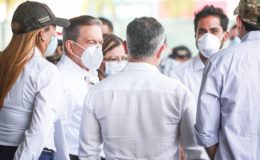 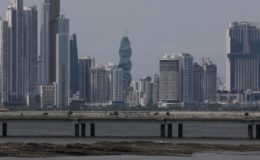