I hope all can feel the joy I have in this. Better than picking Super Bowl winner. 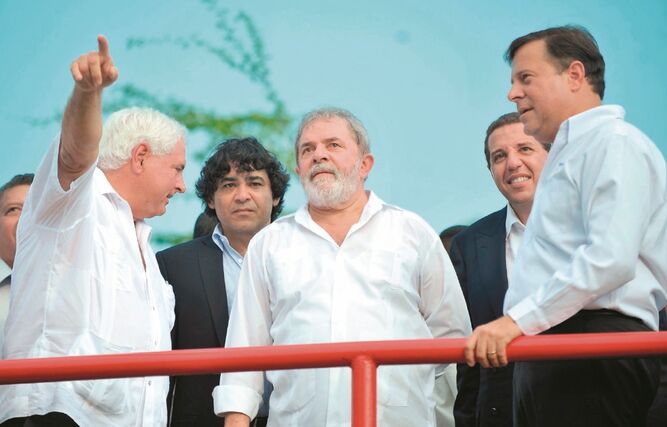 OP ED: James “JB” Bryson- I’m just saying being “RIGHT” about a topic is so much better than being “WRONG”. All the shit I took in looking at the Martinelli case with open eyes has been vindicated. Even more so now as I live here and learn the patterns of a legal system that is cannibalistic once parties exchange power. I knew Varela was a turncoat puppet and it is being validated before my eyes each day. Dovetailing into my other topic that has consumed much of my year, the people that think it is a good idea to continue to flush money down the drain and try to challenge this system in courts and legally. Literally trying to challenge all the way to a Supreme Court ruling. All monies being paid by “gringos” and uninformed people that are literally throwing good money on top of bad by fighting a system built to benefit Panama regardless. PANAMA is the “House”, and “Gringos” are the “Marks”. Some just don’t see it. Varela was literally the PRESIDENT a few months ago, and now he is a soiled memory of a continuance of corrupt leadership. Everyone rats on everyone when the time is right. When he was in charge he focused on Martinelli, but Ricardo had the “people” that Varela never secured. Now we can see all the tentacles into the same cases he railed against Martinelli for his hands were deep into. This pic is quite compelling, as I have posted it before. In closing, I was right all along. Just saying.

The alleged communications between former president Juan Carlos Varela ; his brother, former deputy José Luis Varela , and the attorney general of the Nation, Kenya Porcell , which allegedly evidences the pressure to close the effective collaboration agreement with the Odebrecht company, could have legal consequences.

If the content of the communications is confirmed, Odebrecht and its executives could lose their judicial immunity, and would give rise to reopen the negotiation of a new collaboration agreement.

Odebrecht case, threatened by the Varelaleaks

On November 9, 2017, the effective collaboration agreement between André Rabello , head of the construction company Odebrecht in Panama, and the Public Ministry was ratified for the acts of corruption committed by that company in the country.

According to a judicial source consulted by La Prensa, the revelations of the “Varelaleaks” can be taken as an indication of corruption, since everything would indicate that Rabello was the one who imposed the conditions of the negotiation.

According to article 24 of Law 4 of 2017, which regulates these types of agreements, they could be annulled if there are indications of corruption or venality.

According to the former criminal prosecutor and consultant of the Criminal Accusatory System, Raúl Olmos, the collaboration agreements make transit to res judicata, so “that an appeal for review would have to be enervated,” before the Second Chamber of the Supreme Court.

This could be requested by the Public Ministry or an interested party attorney.

If the effective collaboration agreement of Odebrecht is annulled, both its executives and the company would be exposed to new accusations, higher fines (currently $ 220 million, payable in 12 years) and other obligations, which they currently do not face.

Effective collaboration agreements governed under the Criminal Accusatory System would have the same fate under the provisions of article 220 of the Criminal Procedure Code.

Everything comes out in the wash James.