How “Varelaleaks” could become the enema that Panama truly needs. 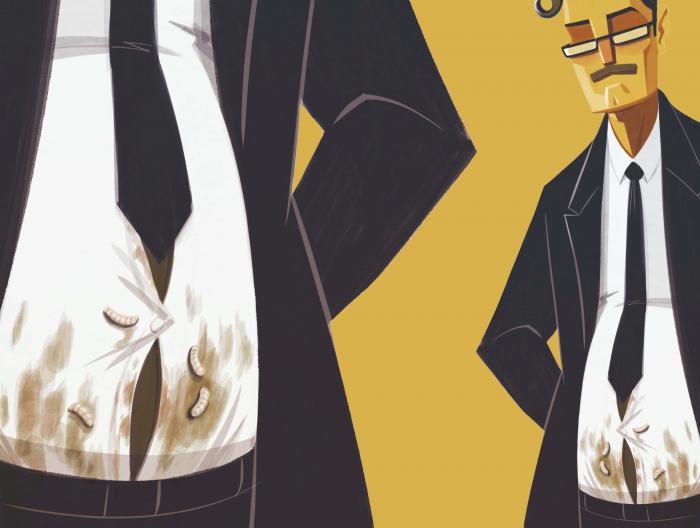 OP ED: James “JB” Bryson- Hope all had a great Thanksgiving with you and yours. Please read this translated article from “La Estrella”. Great commentary on the issues facing Panama.

Although the origin of the leaks of the mobile of former president Juan Carlos Varela (Varelaleaks.com) is a questionable fact, the main value is in its content, which now appears in black and white, naked.

This should not be seen as a stalemate, but as a set of facts that motivate us to reflect, sincerely, on our own reality and, at the same time, adopt corrective measures.

It is not the first experience that Panama faces in terms of leaks. In 2016, when 11 million documents of the Mossack Fonseca firm, which went around the world, were published, it was information that hurt the country more than the eternal black gray lists sealed in which Panama was included by the Action Group Financial (Gafi) three times (2002, 2014 and 2018), due to the lack of prevention in money laundering.

When the situation was exposed to the news coverage, he immediately retracted those who saw in the Isthmus a safe place for their deposits, but that from that moment seemed to be under the magnifying glass of a microscope.

The government of Juan Carlos Varela reacted in a panic to the situation: it seemed to fall into a vacuum in the absence of a professional crisis management team that could bring the situation afloat with an open strategy to international entities.

Panama only has a minimum portion of the offshore company jurisdictions market, the bulk of the business is in other countries, United States, United Kingdom, Singapore, Switzerland, for example. However, Panama did not risk denouncing that in this business, it was a marginal player, and did not assume a clear position on the court, but, pressed by international financial institutions, passed laws that in the future it has not been able to implement .

In an attempt to respond to international pressures, the Government prepared a national strategy for the fight against money laundering, terrorist financing and the proliferation of weapons of mass destruction (2016) that sought to strengthen the existing legal framework (the Law 23 of 2015 that adopted measures to prevent crime in the country). In the same vein, the Specialized Unit for Crimes of Money Laundering and Financing of Terrorism was born in the Public Ministry.

However, the problem was that the system was not prepared for this type of investigation. Instead, he reaffirmed his fragile judicial system and, failing to comply with his own requirements, lost more credibility at the international level and showed that there are no consequences on individual acts or economic groups here.

The Public Ministry does not have the capacity to process all intelligence reports issued by the Financial Analysis Unit or those received from its counterparts. Sources consulted by this newspaper report that the reports to which preference was given were limited to those in which there was the possibility of confiscating money in banking or goods. However, for example, those subjects who used the Panamanian financial system to move silver to other latitudes were overlooked, thus millions of dollars due to corruption in Venezuela went unnoticed.

“What happened with the ‘Varelaleaks’ confirms the above. The judiciary was manipulated, not to do justice, but to invoice accounts, persecute adverse economic and political groups to the government in office, and intervene from the Executive in judicial cases blurring the independence that should prevail in the investigating body.

What happened with the Varelaleaks confirms the above. The judiciary was manipulated, not to do justice, but to invoice accounts, persecute adverse economic and political groups to the government in office, and intervene from the Executive in judicial cases blurring the independence that should prevail in the investigating body.

The National Private Enterprise Council points out well: the leaks show how from the private company influences are trafficked or attack potential competitors, the protagonized blackmails that sought to favor or harm some, revealing previously agreed scenarios in the circle of power and a selective justice reproachable.

The negotiation of the collaboration agreement with the most corrupt company on the continent, Odebrecht, led by then President Varela, his brother José Luis Varela and the nation’s attorney, Kenya Porcell, confirm that everything in this country is negotiated and the responsibilities The flagship investigation of the Public Prosecutor’s Office has been unfinished, with a collaboration agreement in question that gives the impression of having been tailored to the accused and not of justice.

It is not an easy scenario, but not wanting to settle accounts also makes accomplices to those who have not yet committed crimes, just by omission. While the tie covers the stain, it allows the shirt to go on more and more daily and nobody does anything.

Afterwards, elements were presented as a result of the international pressure that left Panama in the midst of a struggle of forces of the great powers, China and the United States that caused friction between Panama and its historical ally that perceived relations with the Asian as a “disgusting reality ”, An act of treason that cooled relations between Panama and Washington.

Now all this happens in a worrisome economic landscape, a country that will require more loans to get out of the financial gap, which borders on an authorized deficit of 3.5% for the fiscal period of this year.

The government’s task lies, among many others, in democratizing the economy and opening a transparent measure for the participation of other actors, with clear rules in which they can compete in equal conditions and not in the face of oligopolies that prevent access to new actors to the market. It gives the impression that an economic sector of the country insists on blocking the changes necessary for development and social balance.

There are serious economic, social, political, educational groups that must be empowered and take the baton, because if they do not, the country is left in the hands of pillos. It is not only a call to the factual powers, but to the general public, not necessarily in defense of their own interests, because the best particular interest is that which results in the community.

The Varelaleaks provide the government with an opportunity to present an offer to the Supreme Court of Justice and the appointment of a probation Procurator of the Nation that gives a respite to the suffocated judicial system. It is time to clean the table.

However, the ruling party has to understand the role it plays at this historical juncture. You cannot lose the north, you must rescue your guiding force from society, and organize a national plan away from your own economic interests.

The need to forge a pact or commitment with the stakeholders that understand the importance of the changes that the nation demands.

The popular class has also fallen into a clientelistic mentality that defends the subsidy policy, does not recognize duties, and in general, an attitude of prey that does not put a brake on it will end the country.

The status quo seems to persist, a rental mentality from the humblest to the most aristocrat. It is necessary to undertake, lead changes and stimulate the population. Stop it there are two ways to do it, with an enabling environment or with a crisis. Everything will depend on how stealthy we are when looking at the stain under the tie. 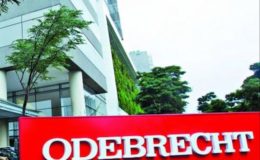