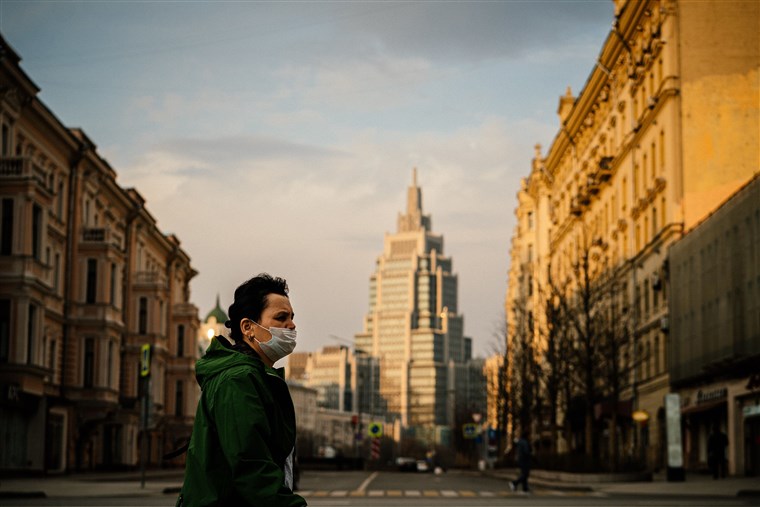 (Reuters) – The number of people hospitalized for the novel coronavirus and related deaths in New York fell to their lowest levels in more than a week, adding to evidence that the hardest-hit state was controlling its spread, Governor Andrew Cuomo said on Thursday.FIEL PHOTO: New York City Fire Department (FDNY) Emergency Medical Technicians (EMT) wearing personal protective equipment arrive to assist a woman who was having difficulty breathing during ongoing outbreak of the coronavirus disease (COVID19) in New York, U.S., April 15, 2020. REUTERS/Lucas Jackson

Cuomo also extended an order closing businesses and schools by two weeks until at least May 15 in coordination with other states in the region, and added details to mask requirements, saying New Yorkers should wear them on buses, taxis and trains.

Cuomo, who has emerged as a leading national voice on the pandemic, said the improvement in key metrics reflected social distancing efforts which had brought the state’s infection rate low enough to control the outbreak.

The governor said that a total of 17,735 people were hospitalized across New York because of COVID-19, the respiratory illness caused by the coronavirus, down from 18,335 a day earlier and the lowest since April 6. Intubations and admissions to intensive care units also declined, he said.

But Cuomo noted that about 2,000 infected people were newly admitted to hospitals on Wednesday and that while deaths declined to 606, marking the lowest daily count in more than a week, the toll on his state was still significant.

“That is still continuing at a really, really tragic rate,” Cuomo said of the death tally, adding that there were 29 fatalities at nursing homes, which he called “ground zero” in the fight against the virus.

Yet Cuomo said there was room for optimism in how social distancing had lowered the infection rate to 0.9 across New York, meaning one infected person was causing less than one new infection.

Reflecting that confidence, Cuomo said New York would send 100 ventilators to New Jersey, a day after pledging to send 100 to Michigan and 50 to Maryland. Just a few weeks ago, Cuomo had been warning that a shortage of the breathing machines would cause deaths and was scrambling to secure more.

But Cuomo, who has formed a pact with governors in Connecticut, Delaware, Massachusetts, New Jersey, Pennsylvania and Rhode Island to coordinate the reopening of their economies, said the earliest that would happen is May 15. 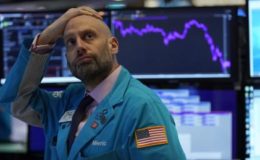 EX-PATS in the American Market. “Hold onto your socks!!!”

OP ED: James “JB” Bryson I think many people that are retired or approaching it, would gladly take a week in bed with the flu as opposed to seeing what is occurring every day in their 401K or personal brokerage accounts. Wall Street continues to take a brutal beating as …