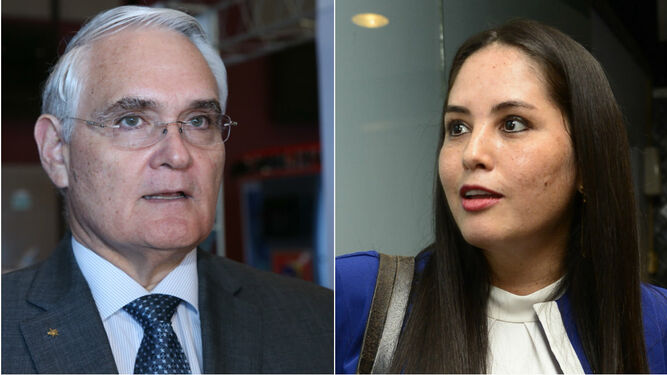 The administrator of the Panama Canal Authority (ACP) , Jorge Luis Quijano , responded this Thursday, August 8, to the accusations of the PRD deputy Zulay Rodríguez and accused her of abusing her parliamentary “immunity” to denigrate him “with falsehoods and ravings in the session of the National Assembly. “

Earlier, Rodriguez – who is vice president of the Assembly – said from her seat that the son of Quijano “managed unusable tugs for more than $ 150 million in Harbor shipyards … Ah! But that man, when Quijano comes here, everyone clapping it … That’s the big thing about Panama …. Thief! You scoundrel! I do tell you in your face: Quijano, you shouldn’t even come. “

Quijano was quick to respond, through a message addressed to the deputy in his account on the social network Twitter.

“You are referring to issues on the Channel that have been rigorously investigated in administrative and judicial instances and that have been archived when unjustifiable, honest and ethical procedures are verified.”

Quijano, who is the administrator of the ACP until September 5, said that after 44 years of service on the Canal, he feels satisfied and at peace with his conscience, despite repeated attempts by the deputy to denigrate her family , “with falsehoods and ravings in the session of the Assembly”.

According to article 154 of the Constitution , deputies are not legally responsible for the opinions and votes they cast in the exercise of their office. Rodríguez repeatedly makes the accusations against Quijano from his seat, during incidents during the legislative session. These interventions are broadcast live on the official television channel of the Assembly.

“I do not have immunity, I have never had it nor do I want to have it, so I am prepared to face the judgment of decent Panamanians and of history. My definition of honorability and yours must be very different,” he added.

It is not the first time that Rodriguez refers to the son of Quijano, who is also called Jorge and is a lawyer.

On February 19, in the plenary session, in the middle of a discussion with the then Panamanian deputy José Antonio Domínguez – whose brother Antonio Domínguez is an inspector in the ACP -, the deputy said that said entity favored with purchases and hiring some shipyards They are clients of Quijano son in a law firm.

“Once again we see how a scoundrel pulls lies to attack,” and immediately acknowledged that his relatives do work or worked in the ACP, but that they agreed to the charges for competition or chosen by the board of directors of that entity. “They are not scammers as you are,” he told the deputy that February 19.

[Read here the note ‘Zulay Rodríguez accuses José Antonio Domínguez of having traded on the Canal; he calls her a chanchullera ‘].

Dominguez also said that Álvaro Testa , husband of the deputy, is a practical Canal, where he earns – according to him – half a million dollars annually. Earlier he said Testa collided a ship against one of the locks, but Rodriguez read a document that supposedly exempts her husband from this kind of incident.

“I could continue to delve, but I think it is better to show the kind of person you are and how you change your attitude,” Dominguez said.