Did ODEBRECHT pay bribes during Torrijos and Varela terms? Hmmmmmm 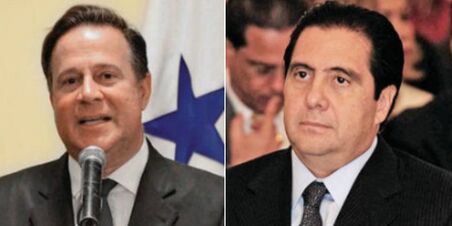 OP ED: “JB”- While I love any expose’ on Odebrecht, the content is pretty funny to me. Superior Court is keeping these time frames out of prosecution and is looking squarely at the Martinelli years. YGBFKM!!! Of course these criminal bastards were paying those administrations. What, they took those years off for business? If ODEBRECHT is open, they are paying! Period.

The bribes that Odebrecht would have paid alias Cachaza and officials and individuals in the government of Martín Torrijos (2004-2009), are currently out of the investigation carried out by the Special Anti-Corruption Prosecutor, responsible for the process of this emblematic case of corruption.

The information that will remain in limbo

Did Odebrecht pay bribes in the governments of Martín Torrijos (2004-2009) and Juan Carlos Varela (2014-2019)? That is a chapter of the biggest corruption plot of recent times that could remain unsolved. This, after the Second Superior Court of Justice denied extending the time for the Special Anti-Corruption Prosecutor’s Office, which investigates the case, to continue with the investigations. The arguments put forward by the court to make that decision at the moment are unknown. The Judicial Branch limited itself to reporting the issue in a tweet last Friday afternoon. He didn’t even issue a press release.

Among the information that would be left out are the payments that the Brazilian company would have made to a person nicknamed Cachaça or Cachaza, who, according to documents leaked to the International Consortium of Investigative Journalists (ICIJ ), is what He received more funds from Odebrecht, after another nickname Aguia. They were just over $ 16 million paid by the Structured Operations Sector, Odebrecht’s department of coimas, which it would have received, and would be linked to societies that are directly related to politicians of the Panamanian Party.

Among them, the law firm of the former deputy of that political group Jorge Alberto Rosas. It also mentions companies linked to former ambassador Jaime Lasso , who has said that these are payments for lobby services provided to the Brazilian company, as well as to pay campaign expenses for the party.

Aguia, which in Spanish means eagle, would have received at least $ 26 million in 60 transactions, from 2009 to 2014. Most of the payments to this character came out of the works contracted by the Panama Metro: at least $ 7 million.

While information published by this medium supported by the documents leaked to the ICIJ realize that the first people who would have been bribed by Odebrecht were people nicknamed Amigo da Onca, Capitao and Salary. The period: during the government of the PRD Martín Torrijos, when Odebrecht obtained his first project in the isthmus, the Remigio Rojas irrigation system. Amigo da Onca, Capitao and Salary would have received at least $ 136,000.