A peaceful demonstration, on the outskirts of the Municipality of Panama, on January 15, 2019, has proposed those who are against the construction of artificial beaches in the Bay of Panama.

On the subject, the architect, environmentalist and former mayor, Raisa Balfield believes that instead of building artificial beaches, those existing between San Felipe and Pacora should be recovered. “There are natural beaches that are not used due to lack of access, the amount of garbage and contaminated water that reaches them,” added the environmentalist.

The Mayor’s Office of Panama began the process to build artificial beaches on Balboa Avenue.

In the words of the mayor of the capital district, José Luis Fábrega, the idea is to recover the beaches of Calidonia and Bella Vista, which were buried by landfills that have been built in this important vehicle area over the years, including the mega-work of the belt Coastal

For Banfield, a comprehensive coastal marine plan that promotes the conservation of resources that integrates public spaces that serve to mitigate floods is more consistent.

The environmentalist emphasizes again that the ideal is to condition the natural beaches. In his opinion, the idea is more in line with the demand for climate adaptation of the city. At the same time, this would be a tourist asset and a better distributed investment in all the coastal districts of the city.

He explained that in the case of artificial beaches, they need to be constantly replenished by changes in tides and waves in the Pacific, which are strong. Where will the sand come from? He asks. And remember the experience of sites like Chame and the Las Perlas Archipelago, where sand extraction has caused a harmful impact, affecting the wave regime and species nesting sites.

Finally, the environmentalist considers of all the needs that the city has and that were identified in an action plan of the past administration, ”to invest the entire multiannual budget of decentralization in 1.8 km of beach, is in contradiction and is a nonsense of the search for equity in development and in the democratization of the imminent improvements required by the capital district. ”

In July 2019, the Mayor’s Office of Panama announced the launch of the project, which will cost around $ 120 million.

The project would involve a filling of 140 meters of underwater sand. In addition, the construction of commercial premises for restaurants, kiosks, boulevard, an amphitheater, reported this medium in July 2019. 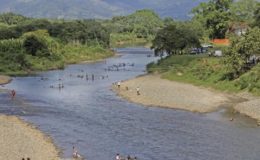 https://www.laestrella.com.pa/cafe-estrella/planeta/200311/agua-energia-son The importance of rivers goes beyond what is imaginable. Since ancient times, rivers have served civilizations as communication routes between cities, as well as a source of food, fresh water and energy for the communities settled in their surroundings. Within this framework, there is no doubt that “it is our … 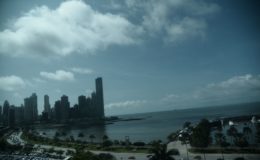 I/E: Don’t F- – K this up people!! https://www.prensa.com/sociedad/semana-crucial-para-el-futuro-del-proyecto-de-recuperacion-de-playas-en-la-ciudad-de-panama/ Amid a controversial debate about whether it is necessary to invest about 120 million dollars in the project to recover beaches in Panama City, this week defines the future of this initiative that drives the City Hall. Voices for and against …