Cortizo wise to not immerse himself into “Varelaleaks”. 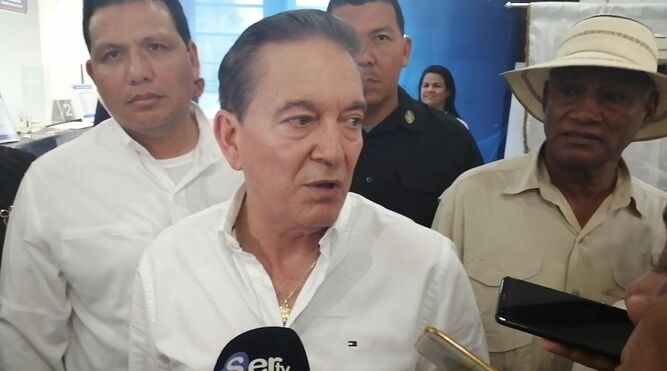 President Laurentino Cortizo e vitó deepen, this Saturday, November 16, on the theme of the “Varelaleaks”. What he did make clear is that he does not like threats when referring to the warnings received by ex-president Juan Carlos Varela , via whatsapp.

This Friday, former President Varela (2014-2019) reported that he filed a complaint with the Public Prosecutor’s Office of Primary Care for the “violation, alteration and manipulation of the privacy of communications”, not only of him but also of his relatives and of all the citizens who talked with him, among them “current officials, judges, deputies, journalists, union leaders, trade unions and civil society.”

The statements of President Cortizo were given during the sixth tour of community work in the province of Herrera, in which he heard the problems and requests of nine districts of the district of Los Pozos.

The Presidency of the Republic informed that Cortizo delivered the new facilities of the Roberto Ramírez de Diego polyclinic in Chitré, the only health facility of the Social Security Fund in the province, which provides first and second level service to an estimated population of 118 thousand 736 inhabitants.

In Los Pozos, Cortizo inaugurated the 88th branch of the National Bank of Panama, built with an investment of 886 thousand 950 dollars and that will provide banking services to more than 7 thousand 847 inhabitants of this community, among which the producers stand out, in addition to the beneficiaries of the 165 to 70 program, the Opportunities Network and the payment of scholarships.

The president inspected the construction of the Los Pozos secondary school, which is 50 percent complete and will be completed by mid-2020. In addition, he verified the works of the water treatment plant in Los Pozos, a project that has an investment of 6.8 million dollars. dollars and that will benefit the residents of the towns of Los Pozos Cabecera and Los Cerritos.

Gestión Varela, which manages a team linked to former president Juan Carlos Varela, said that the water treatment plant was, at the end of the last administration, a 60% progress.

He gave 17 Herrera students scholarships from the Institute for Training and Use of Human Resources for university studies in Panama and English courses abroad.

For its part, the head of Health, Rosario Turner, announced that an item of 128 thousand will be assigned for the appointment in Los Pozos of a doctor, a nurse and an additional health promoter to meet the contingencies in the coverage of the positions of Health.

During the work tour, Cortizo said that the National Government meets the needs of Los Pozos, a district that by its characteristics is within poverty levels. He reiterated that in Panama there are 777 thousand Panamanians living in multidimensional poverty.

(With information from Vielka Corro Ríos)