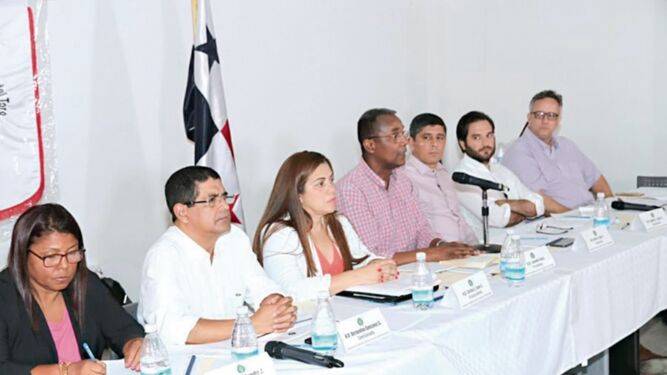 OK, finally I can blog about Bocas without talking about machete wielding security guards, and fake people contacting me. PNO is going to take the stance of ADVOCATING Bocas as the forgotten gem of Panama. I have come to discover that Bocas del Toro is actually the #1 TOURIST destination in the country. As in when people literally PLAN to travel to PANAMA, it is NOT to see the canal or gamble in casinos. Panama City on it’s own is NOT a destination point. No, it is BOCAS.

Now in my opinion, (hey RFB, again “OPINION” jerkoffs). Is that from what I have seen is that what makes it special is what makes it hard to monetize from a tourism standpoint. It attracts a very limited and narrow demographic of “Tourists”.

Sure there are many many lovely ex-pats and retirees that LIVE there. But the tourism consists of backpackers, surfers, new age hippies looking to unwind, and people that will stay in an un-air conditioned hut or tent for $30 per night. Point being it is not a luxury locale destination. It is beautiful and maybe that is the issue, you don’t WANT to turn it into just another bunch of pricey hotels and neon dogshit you can find on any place that has a beach.

BUT- there has to be some type of middle ground.

Start with that completely shitty air strip of an airport. “Hey Nito, instead of granting ODEBRECHT another BILLION to upgrade Tocumen like Varela did, maybe invest $2 Million in making that embarrassing airport in Bocas worthy or taking people to the #1 destination in your country”. There is it, my FIRST printed request to our new President.

Secondly, SANITATION and GARBAGE INFRASTRUCTURE. Bocas town is an incredible and lovely place that has quaint shops and local restaurants and a tight knit little community of locals. Great food and coffee shops and vendors selling street wares of all sorts. Much like Key West in Florida, it is an eclectic place that is easy to see why people want to go there.

But,,,,,,,,,,,it is a filthy SHITHOLE in the streets. Garbage pickup is almost non existent. The heavy rains make the refuse stink when I was there. Many ramshackle buildings are next to nice ones. I actually proposed to Buddy if he wanted to organize volunteer days where people could walk around and clean these streets. (But he would have to get the squatter off his land first I would imagine).

So, if this council wants constitutional reform for Bocas, start with the BASICS.

In two days, new proposals were annexed to the constitutional reform package prepared by the National Development Council.

The above, following the citizen consultations that began last weekend the Government Commission of the National Assembly, which will issue a report to the legislative plenary, which will discuss the project.

During the meetings, held in Changuinola, Bocas del Toro province, some new proposals were put on the table, and others, which are already within the reform package, were endorsed by the citizens.

In this first consultation, citizens focused on issues related to the Legislative and the Judicial Branch.

Changes
The reforms to the ‘Constitution’ will be made based on article 313, numeral 2, which provides, among other things, that the constitutional act must be approved in two subsequent legislatures, by absolute majority of the National Assembly.

Among the considerations of the citizens are that the deputies must render affidavits, as provided by the Constitution for the president of the Republic and ministers of State, among other positions.

They also asked that the substitutes for the deputies be eliminated. Currently, the proposal does not raise anything in this regard, but it does establish that the substitutes cannot be relatives of the main deputy until the fourth degree of consanguinity, as is done today.

Another proposal is that the electoral jurisdiction to the deputies be eliminated. On this aspect, the proposal of the Concertación says nothing.

The Bocatoreños also stated that if you really want to create a constitutional court, an entity that will analyze all constitutional issues, be sure to provide it with a proper and sufficient budget.

The deputies in charge of the consultation, who were led by the president of the Government Commission, the PRD Leandro Ávila, were accompanied by Enrique De Obarrio, president of the Commission for Modernization of the State, Justice and Public Security of the Concertación, who together with Juan Manuel Castulovich explained how the proposal was born and what the changes that are proposed are about.

De Obarrio said that in the first consultation there was “a lot of receptivity and interest; a lot of participation, which is positive. ” “Some of the participants not only positively pondered the reform proposals,” but others raised, he added.

Deputy Avila said they expect to have two months of consultations throughout the country on the reform project. He announced that next weekend they will be in the province of Chiriquí.

This initiative, which was proposed by the Executive, must be endorsed before the end of the first term, on October 30. After the constitutional act is approved, it will be submitted to a referendum.

RELATED TOPIC: Upgrade the goddamn hospitals there. If a tourist gets hurt on a boat, bit by a snake, or anything major…….your screwed!!!