Advantages to Venezuelans (US backed Guaido), contrast with those of Mexicans. Right or wrong? 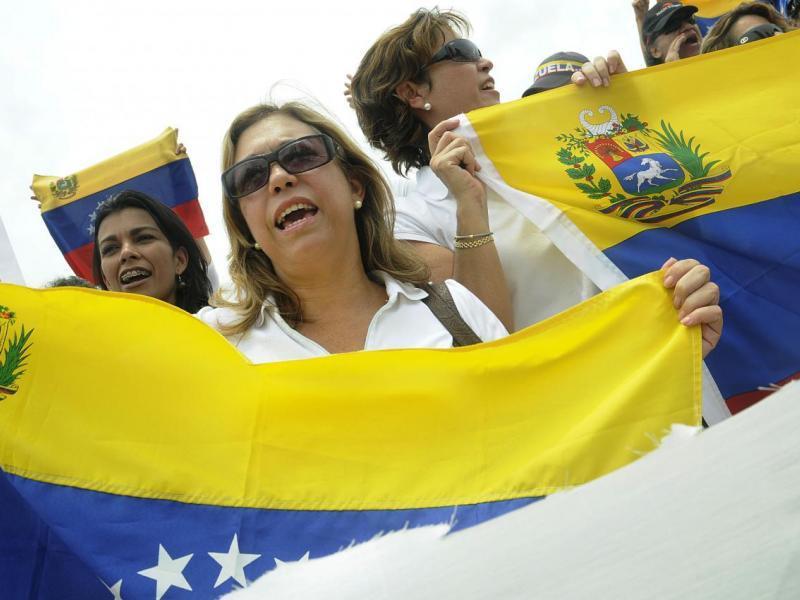 The TPS is a migration program created in 1990 through which the United States grants extraordinary permits to citizens of affected countries.

Venezuelan exile organizations in Miami thanked Friday for approval in the US House of Representatives.of a bill that, if it receives a green light from the Senate, will allow hundreds of thousands of Venezuelans to “get out of the shadows and live without anxiety in a country of freedoms.”

The TPS is a migration program created in 1990 through which the United States grants extraordinary permits to citizens of countries affected by war or natural disasters.

In a joint statement, the heads of both organizations based in Miami vote for the Senate to respond in the same way to the project presented by Congressmen Darren Soto, Democrat, and Mario Díaz Balart, Republican, both Floridians.

“With this first step, an important and significant path begins to pass a law that protects Venezuelans living in the United States, so that they cannot be returned to Venezuela while the tyranny of Nicolás Maduro remains in power,” they said José Colina, president of Veppex, and Patricia Andrade, director of VAF.

The proposal of Soto, of Puerto Rican origin, and Díaz-Balart, of Cuban origin, received the endorsement of the Lower House with 272 votes in favor against 158 ​​against, and now must pass to the Senate, of Republican majority, the party of the American president, Donald Trump, where it is not clear that it is approved.

They voted in favor on Thursday all the Democratic representatives (232 votes), 39 Republicans and an independent, while 158 Republicans opposed.

Last Tuesday, an attempt to approve the project by way of urgency, which requires two thirds of the votes in favor, failed by the Republican opposition. By the normal procedure, which only requires a simple majority, he received a green light.

Hill and Andrade declared themselves in “continuous action to ensure that the bill is discussed and approved in the United States Senate, which is the next step and the battle we must fight now.”

According to what they said, the House of Representatives, with the approval of the TPS project for Venezuelans, “has recognized the massive catastrophe that is being experienced in Venezuela.”

“We hope that the Senate and President Donald Trump will do the same to protect those who have fled from the catastrophe to the land of freedoms,” they stressed.

Just a few days ago, Colina had labeled it “incongruous” that the Donald Trump government, on the one hand, reject the “dictatorship” of Nicolás Maduro and, on the other, subject thousands of citizens of Venezuela to deportation by not granting them a TPS.

The exiled ex-military spoke like this in relation to the response that Democratic Senator Richard J. Durbin received when, along with other legislators, he urged the Citizenship and Immigration Service (USCIS) to grant a TPS to Venezuelans.

In a letter known on July 16, Ken Cucinelli, acting director of USCIS, without saying no, told Durbin the reasons why granting a TPS is so complex and ended up pointing out that “there may be” other immigration relief options for Venezuelans, which is interpreted as a negative.

Carmen Giménez, president of USA Refugees & Immigrants, then told Efe that “it would be very bad policy” not to approve a TPS, because “Venezuelans, those of us who have dual citizenship, we will not give up and we will not vote for him , and will lose the state of Florida “in the 2020 presidential election.

Gimenez said at least half a million Venezuelans could benefit from temporary immigration protection.