The CITES extreme control of the trade of sharks, rays and frogs

The 19th CITES World Conference on Wildlife concluded yesterday in Panama with the ratification of protecting 54 species of sharks, rays and the glass frog

The 19th World Conference on Wildlife (CoP19Cites) ratified the proposals to increase the protection of 54 species of sharks, rays and the glass frog, during its plenary meeting this Friday, the last day of this event that began on November 14 .

These were included in Appendix II of the Convention on International Trade in Endangered Species of Wild Fauna and Flora (CITES), which lists species that are not necessarily threatened with extinction, but that could become so unless controlled. strictly his trade.

In the case of sharks, the approval was ratified, last week in Committee I of Cites, of proposals 37 and 38 presented by Panama, to include sharks of the Carcharhinidae family in Appendix II, and of the species Sphyrna tiburo (shovelhead shark) and family Sphyrnidae (hammerhead shark), respectively.

Proposals 39 and 40, to include the freshwater stingray and the guitarfish (sea ray), respectively, were also ratified.

Nearly 100 species of sharks and rays have been added to CITES Appendix II to control the unsustainable global trade in their fins and meat, a trade that has brought some of these ecologically important predators to the brink of extinction. International Fund for Animal Welfare (IFAW).

In this way, added the NGO with a presence in 40 countries, “the majority of shark species that are traded internationally would remain under the control of CITES, which means that no trade in these species should take place unless it is legal.” and sustainable”.

Proposal 37, for the inclusion of sharks of the Carcharhinidae family in Appendix II, contemplates an amendment that postpones its entry into force for 12 months. It was approved on the 17th in a secret vote with 88 votes in favor, 29 against and 17 abstentions, according to official data.

This Friday in plenary, Japan expressed “its immense concern” about the inclusion in CITES Appendix II of the “blue shark” and claimed that this decision was made based on “unreasonable and unscientific” argumentation.

“It is not a threatened species, it is a sustainable species” and the measure adopted by CITES “threatens food security” and the economic livelihood of coastal populations, added Japan, which last week had proposed that 35 species included in the list be excluded. proposal finally approved.

The CoP19Cites morning plenary also endorsed the adoption of proposals 34 and 35 to list glassfrogs and lemur frogs in Appendix II, respectively.

Glass frogs are a tiny, translucent amphibian from Central and South America. 156 species of these are known, which are in high demand in the international market, where a single individual can be sold for about 950 euros, according to available official data.

According to the International Union for Conservation of Nature (IUCN), 50% of the glass frog species assessed by its Red List are in danger of extinction, with 10 species classified as “critically endangered”, 28 as “endangered”. ” and 21 as “vulnerable”, indicated the IFAW.

At CoP19, 52 proposals on the amendment of CITES Appendices I, II and II were examined, which affects, among others, over 200 tree species, sharks, lizards, frogs, birds, elephants, rhinos and hippos. 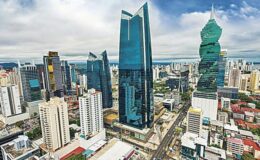